VSS Vintorez and IWI Tavor For Insurgent Advisor
This topic has been deleted. Only users with topic management privileges can see it.

The Insurgent Advisor is really shafted at the moment, and only has access to a couple AKs, an SVD which the Marksman already gets (which should just stay with the Marksman class IMO) and a FAL.

Now, the FAL does balance out the M14 EBR (although the EBR fires faster), but the class doesn't really get any counterpart to either the Security Advisor's SCAR-H or L85A2.

I saw a similar forum post about giving the Ins. Adv. the Tavor and I think it's genius. Makes sense since the Security already has a bullpup 5.56 rifle.

My own suggestion (since I love this gun and I want to see a game actually do it justice cough PUBG cough) is the VSS Vintorez. It would probably balance out the SCAR-H (tbh the SCAR needs a buff; it's basically a glorified AKM with less mag capacity).

I think this would give players an actual reason to play as an Advisor on the Insurgent team because the VSS and Tavor are both actually unique/exotic, as opposed to the AK-74, AKS-74u (why does this class get two variants of the same gun, again; especially when the AKS-74u isn't as moddable as the 74?), SVD and FAL, all of which I'd pretty much expect to be in this type of conflict.

Perhaps a FAMAS for the Insurgent Advisor too, as that would give him a bullpup option that is distributed world wide and commonly used in that area 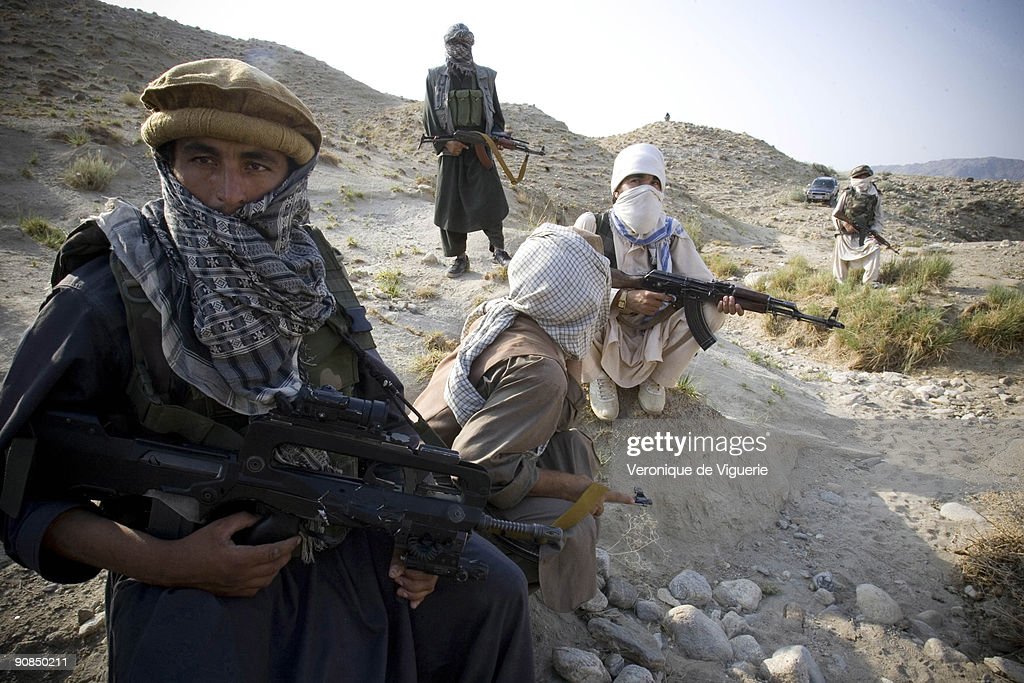 I don't expect middle east insurgents to be with Tavors nor VSS Vins, but they are good suggestions none the less.

@starsbarry That's not a FAMAS, that's a VHS variant, prolly the K2 (carbine variant). It's a Croatian-made weapon that is absolutely based off of the FAMAS, but its not a FAMAS. It would actually be pretty easy to come by for insurgents from the Balkan areas. They have been captured from ISIL in Syria and from insurgent forces in Iraq irl.

A Tavor would be highly unlikely, therefore I think a VHS would actually be a wonderful way to balance the SA80 (L85A2).

The VSS would be cool, but it's only really used by Special Forces and I doubt it would be realistic, but at least its more possible than a TAR (Tavor).

Arma3 had a good example of modern day alternatives for rebel forces. I'd like to see one of the picks from the above mentioned. Would make total sense considering the Security forces have more gun options than the Insurgents do right now.

@thehappybub AN-94 is extremely rare experimental weapon. It's almost as suitable for this game as HK G11.

VSS, by the way, is a special weapon with low-velocity subsonic ammo and it certainly won't balance out the SCAR.

VSS, by the way, is a special weapon with low-velocity subsonic ammo and it certainly won't balance out the SCAR.

Everyone bashes the VSS for using "low-velocity subsonic ammo". Maybe they forget that the VSS's 9mm bullets are actually more like .45 ACP bullets fired at close to 9mm speeds; on top of that, the tungsten penetrators in 9x39 rounds don't mess around when it comes to armor.

Both the VSS and the Tavor are pretty rare, but the Advisor is an "outsider" with a common interest, so honestly I'd think most weapons are up for grabs as long as they're used a decent amount by a particular faction. One of the Security Forces characters is a Spec Ops guy, after all.

As for the VSS not balancing out the SCAR-H, it would actually be better, if anything. The SCAR-Hs ".308 rounds" really aren't that impressive. The gun can't even one-shot an unarmored target.

@chonma-ho The AN-94 has been recovered from Syrian rebel forces though. It's not common obviously, but it's been found in significant enough quantities that it would be possible and would make sense in the Advisor class imo. The G11 on the other hand has not ever been recovered from insurgents.

Within 100-200 meters and maybe even out to 400 meters the VSS just destroys whatever the hell it hits. It's no joke.

@thehappybub that's interesting. Never heard of it, could you please provide some proof?

VSS is way too advanced for Insurgent.......and 9x39 isn't a common round you will find around Middle East, I'd say a classic M14 will make more sense. Or I don't mind seeing a Garand either.

Within 100-200 meters and maybe even out to 400 meters the VSS just destroys whatever the hell it hits. It's no joke.

Well, in our world 9x39 wouldn't outperform 7.62x51 at any range, if we are talking about same bullet type. Despite the fact that 9mm bullet of VSS is heavier than 7.62 bullet it has far less energy. And that bullet with "tungsten penetrator" that @MarksmanMax mentioned is not standard, it's AP. By the way, it's not tungsten, it's hardened steel.

@chonma-ho Yea ur right... So I was unclear and actually straight up incorrect in saying "recovered from Syrian opposition forces", I should say more like recovered in Syria, more than likely from Russian forces operating there. I think it would fit with the whole advisor class. The special hyperburst it has could make it pretty unbalanced, but idk.

I guess by my logic we can include the VSS in my list, so I did contradict myself lol.

The first place I saw it was actually on a Wikipedia page, which I found interesting, but I figured that it was probably from Russian paratroopers operating in Syria.

There's pictures and videos of Spetsnaz soldiers with AN-94s in Syria. There's some videos, mostly from training in Syria or Russian news agencies. They're mostly propaganda or mash-ups by some Russian military enthusiasts or whatever, but there's shots of some soldiers with AN-94s. There's a bunch more, I just included the first couple.

On a side note, I found a report by the Conflict Armament Research. The specific one I found was on the weapons of ISIS. There was this interesting graph in the report: @thehappybub well, there isn't a single AN-94 at these pictures. You have mistaken AK-74s for it.

I have had a look at both weapons and can confirm the weapon in the image is 100% a FAMAS F1 you can tell by the barrel and receiver which are both standard issue FAMAS F1, all VHS variants lack the distinctive angling around the ejection port on the stock, also look at that iconic claw FAMAS charging handle under the handguard.

the VHS appears to have a side mounted charging handle rather than an upright one and has no angling on the stock, just a strait flat. 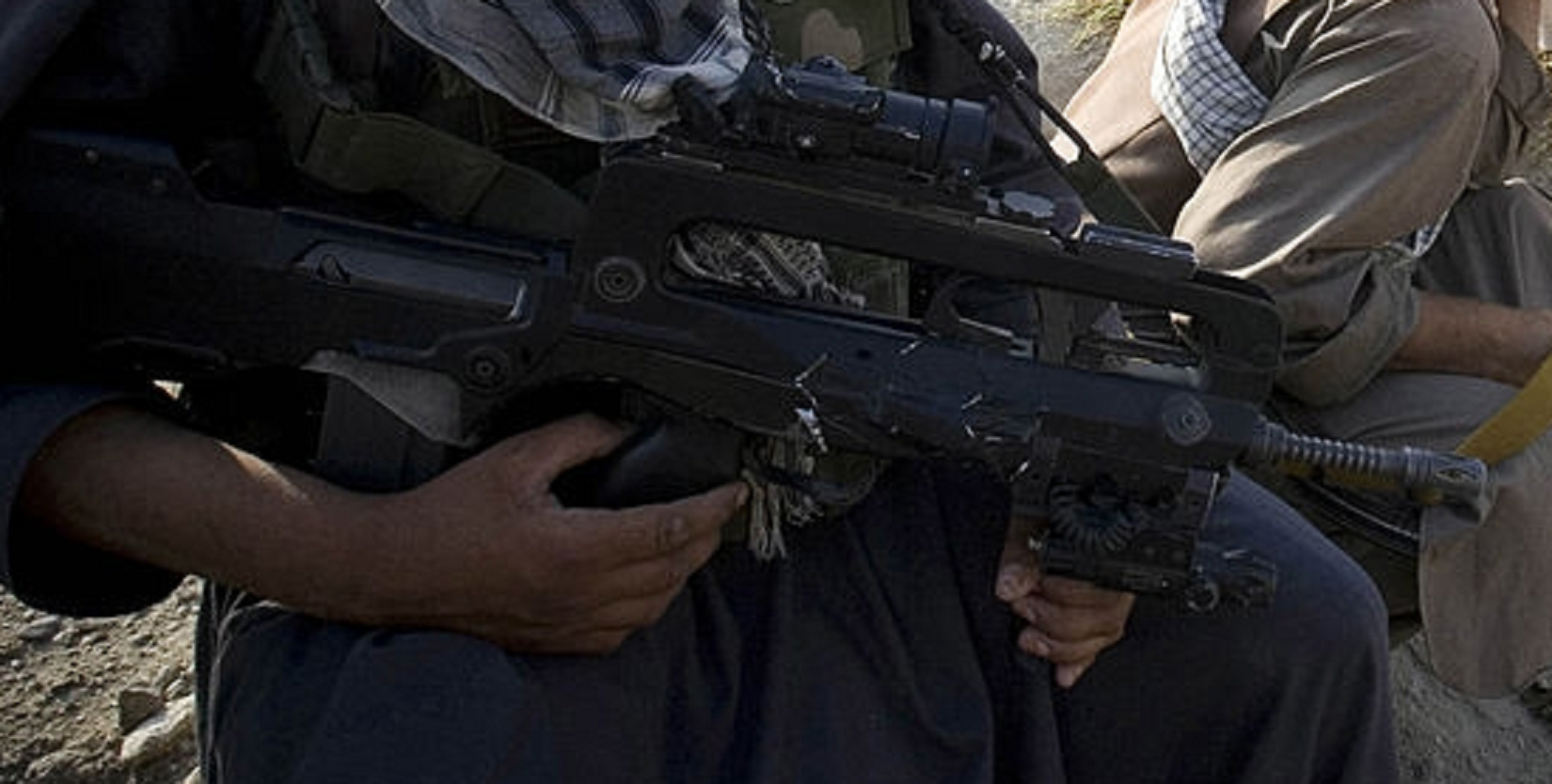 @starsbarry u right, guess I took one too many vaccines in my life

@CHONMA-HO I think they're AN 94s (guy on right in first pic, middle in second, left in third), they don't look like AK 12s or other AKs to me, but hey maybe I really do have the big autism lol

@thehappybub as I said it's AK-74 (AK-74M probably). Just painted and customised. And AK-12 isn't even in production, forget it.

AN-94 was produced in a very little numbers until 2008 and remains in service just in a few units. So it wasn't a viable option for russian SOF in Syria.

I mean, I honestly just want the VSS Vintorez in Sandstorm because it's fucking cool lmao