Gamemode: Coop_Operation
This topic has been deleted. Only users with topic management privileges can see it.
W
W
Whitby Reply Quote

What I am proposing here is my idea of the “ultimate” cooperative gamemode. In my mind this is the next iteration of what Checkpoint/Stronghold should evolve into.

Goals of this gamemode:

How I propose to achieve these goals: 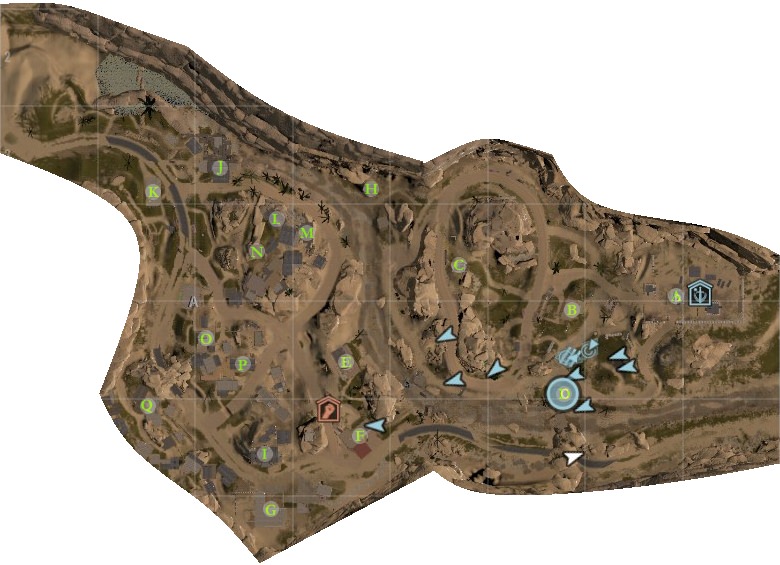 As you see above, there are 17 objectives marked on the map. Some should be capture points, other should be caches.

This makes full use of the maps which a lot of development time and money has gone into. This ensures firefights are unique. No more will you be contesting Obj A on farmhouse with a choice of field or buildings knowing exactly where the enemies are. You’ll be moving cautiously with your team as you could be ambushed from any point. When forced to defend objectives, you’re going to be in alien buildings engaging opponents from a wider variety of directions. If you still have a whole squad standing, half the squad can go blow up a cache while the other half defends a point. This reduces the tedium and increases tactical choices. This whole gamemode is designed to increase the chance of those spectacular moments when something unexpected happens and you have to improvise. When your push suddenly gets pinned down by an unexpected technical and you have to flank it or when you get a massive contact rear. It’s designed to create those moments which go away as you learn to expect them.

Love it. I want to play this game.

arma 3 has a similar way to accomplish this, especially effective with a few mods like ALIVE and LIBERATION where the bots are only spawned on a radius trigger for obvious reasons as the maps are massive. the rest of the action out of sight is cpu based calculation

the problem with this could be huge performance hits, especially if our 8 players decide to roam off separately or even in pairs which would most likely be the case as teamwork is not very common unless playing with friends, where as now the gameplay is quite tunnelled the spawns are like you said in a samey preset manner, if you factor in firefights possibly map wide i can see problems especially with servers taking a hammering. not to mention bot path finding on randomising objectives

but im no expert on u4. i have made a few custom maps/missions on arma 3 with said mods and the random pattern mission type gameplay and boy it can go to shit quickly heheh

I haven't suggested any increase in AI volume or expanse of the play area. If the current situation can be rendered on screen just fine, moving the locations of some objectives and spawn points isn't going to cause any performance issues.

(I used to be a game developer. Although my area of expertise was Unity not Unreal, I guarantee what is suggested here is reasonable to implement from a complexity/cost/performance perspective.)

This would be real epic

perhaps i misunderstood what you meant, if you mean same entity count but randomising objective locations then yes thats a good idea. the game definitely needs more dynamic scenarios, i suppose it just depends on how the ai copes from a pathfinding perspective. i am pretty sure when the mods start landing it will most likely be done

@whitby This is a good-ass idea IMO. Almost makes me wonder if this was what NWI actually wanted to implement with the Operation gamemode they talked about a long while back.

@whitby This is a good-ass idea IMO. Almost makes me wonder if this was what NWI actually wanted to implement with the Operation gamemode they talked about a long while back.

And with a lump in my throat I will look them dead in the eyes and I will say: "He was a hero."

This is excellent suggestion!

Reposted in the current forum in the hope of getting the idea recognised:
https://forums.focus-home.com/topic/34338/repost-gamemode-coop_operation

@Whitby do it on steam too. Some of the folks have said they read those forums more often for some reason.

I'll forward this to the devs. I can't guarantee anything for the moment but the team will have a look at it.

Any thoughts on this from the devs? Having a gamemode like this would be a pretty major thing for us.