UI Ideas thread (Better late than never)
This topic has been deleted. Only users with topic management privileges can see it.

Hai. Over the course of multiple beta tests I've got a feeling that battle UI is still missing a lot of possible things that might make your game experience more comfortable.
I was trying to hold the concept of less-clicking and more informative UI, like subsystems targeting or getting information from battle overview more quick.

Take a note that this is only my opinion of UI, but again I feel that it's missing a lot of easy-accesible info. 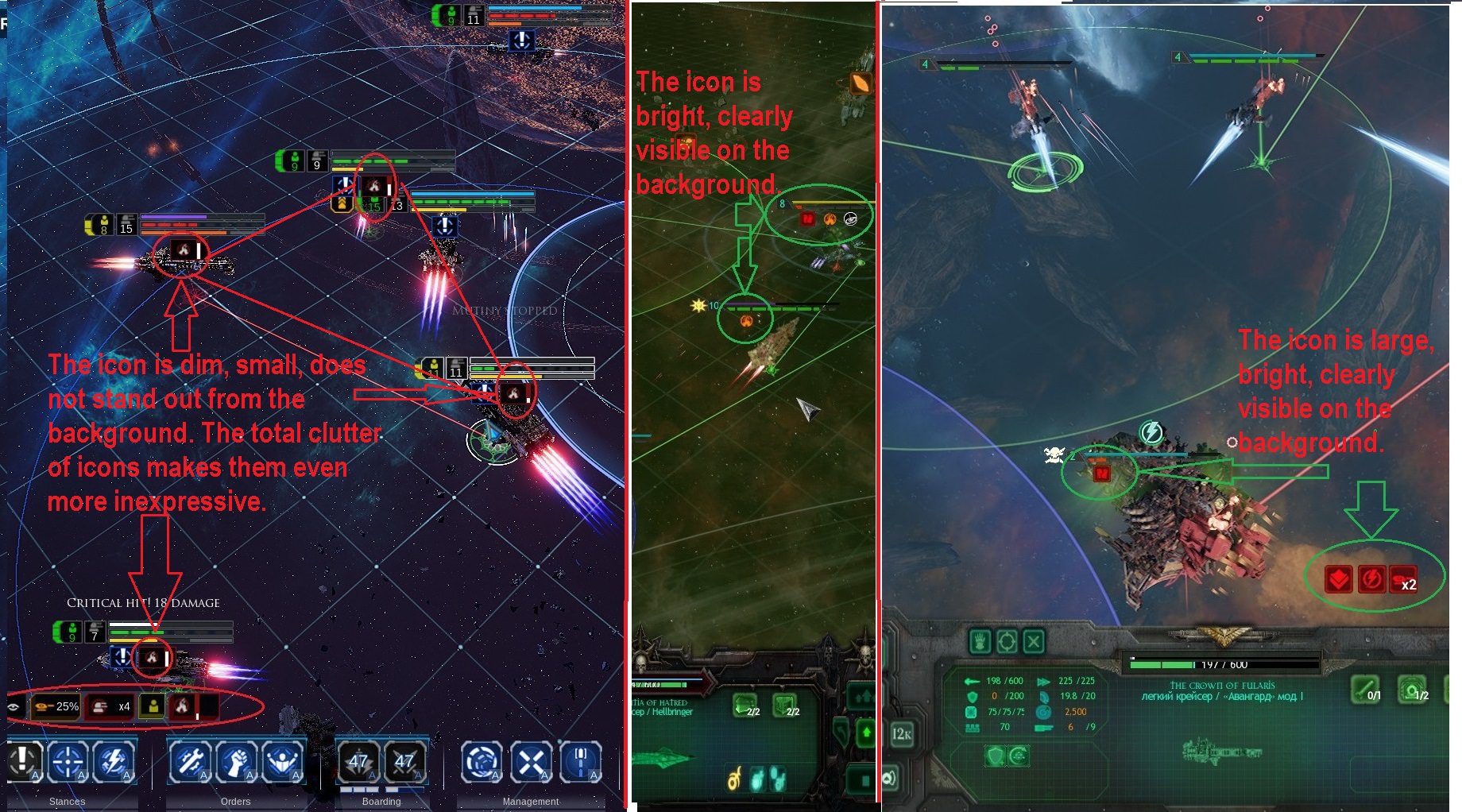 @yolona After every game i had to reaply upgrades/skills, and if i just wanted to go with same build, i hit start button forgeting about it and couple times started without any of upgrades whatsoever. Good touch would be to leave last used build for next game. As for 2v2 it often wouldnt start or even crash game, which is pity, i'm a big fan of that mode.

@endor
Yep, forgot to mention that skill picking system might be better. On par with warning about picking skills/upgrades and saving them for each custom fleet, they might be at least highlighted after switching fleet/subfaction, split on groups like first game did or just have a different colors, dependant on subrole of said skill/upgrade. Speaking of last, their icons are not intuitive in most, and in my case I'm still doing a quick descrtiption check for the most of the upgrades, skills too.

Good feedback, hopefully they will pick up some of it and implement it.