Fear The Wolves - The Unified Patch
This topic has been deleted. Only users with topic management privileges can see it.

Fear The Wolves, our FPS battle royale, continues development in Early Access with the new Unified Update, out today. This huge patch focuses on improving the player experience with faster queues and more intense matches, as well as adding much-requested features such as a new waiting room, vaulting, voice chat, and more. Learn all about it in our latest featurette, releasing alongside the patch today.

We'll be monitoring very closely your reports about this new update to be ready to fix any issue that you might encounter. Please post your feedback in the Steam discussion hub and our official forum.

The update’s namesake is the new Unified game mode, which makes playing as a duo the default and puts all players together in the same matchmaking pool. Those who want to play solo can do so, and hoard all the gear they find for themselves without having to split it with a partner, but may find themselves outnumbered. This is just another new way Fear the Wolves is creating a unique battle royale experience, alongside our radiation system, treasure maps, PvE elements and much more.

Also included in the Unified Update is a completely reworked on-boarding experience to go along with a new deployment phase. It adds contextual hints as well as a revamped in-game UI that should help new players navigate the complex changes and tweaks Fear the Wolves has made to the battle royale formula.

Finally, squad voice chat and vaulting make their debut in the Unified Update. Both are vital to getting the game ready for final launch in early 2019, and greatly improve the gameplay experience, particularly for those matching randomly with other players online.

You can read the full patchnotes for the update here on Steam.

You guys again went totally silent and decided by yourself to go along with a new update without asking the community for opinions first? Insane...

You cannot mix SOLO and DUO together, this is a very stupid idea. This was already a problem prior to this release and a few of us reported exactly the issue, see

And even after that you decide that it would be a good idea to mix both? Are you kidding me or is there something I'm missing?

As much as I would like FTW to be successful, it's nearly impossible now you get success by mixing both solo and duo together. There is a game called Darwin Project and as you can see in this screenshot, solo and duo are two separate game mode. 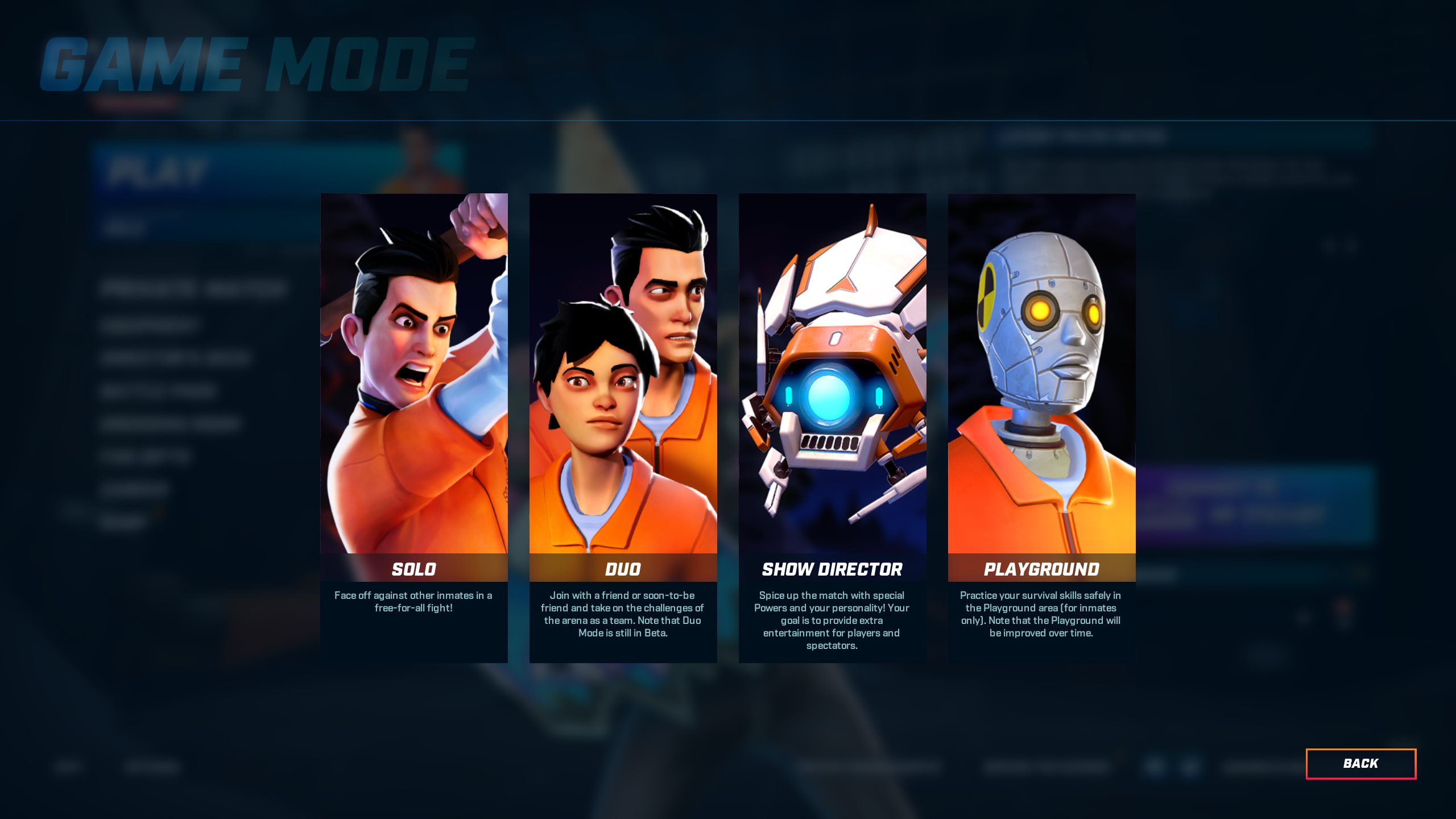 There is a reason why I don't play duo in that game unless it's with my kids. It's because my english is not up par with other players and when you play in duo, good communication is a key factor to succeed so I always prefer to play solo. Like I previously experienced in FTW, going solo is suicidal and totally a frustrating experience.

Sorry to hear your disapproval of our new unified queueing system.

After releasing the patch yesterday we've seen both Duos and Solo players winning matches. Having all of the loot to yourself really does make a big difference.

Try giving the solo mode a go because I'm sure that you'll see you still have just as much of a chance of winning.

I liked the idea. Before updating from five to six games a day, I took first place 4-5 times, or even all the matches in a row. And now everything has become more complicated and it pleases !!! When the regimes were not united and you ran up against the players that run together, it infuriated and it was unexpected. And now, entering the battle, you are already expecting to stumble upon the allies and turn on additional vigilance. In addition, in Escape from Tarkov on the map, you can run into a team of even five fighters, and this is normal. Why in Fear The Wolves you can not fight against two ???

Super update ! Keep up the good work, everything just gets better