Insurgency optimizations
This topic has been deleted. Only users with topic management privileges can see it.
T
T
thewonderlemon Reply Quote

I might not have a top of the line rig, but with an 8 core AMD chip at 4.0 ghz, an nvidia 1080ti, and 16 gb of ram, I still get regular performance stuttering in game and besides the 1920x1080 settings, everything else I've got is set to as low as it can go (I mostly play coop checkpoint)

That said, this is the same engine that runs Fortnite on mobile devices and on the Nintendo Switch relatively smoothly, so it's not like UE4 is incapable of running large, multiplayer maps. Obviously, NWI isn't Epic Games and this is their first go with Unreal as a studio (i.e. cut them some slack, let's not turn this into a "GET UR CRAP TOGETHER DEVS" thread-- as someone familiar with Unreal and games development, making games is NOT easy, nor is it elegant), but it might be helpful to get some extra eyes on moments where we hit lag or stuttering that can be regularly reproduced.

Map and lighting optimizations
The maps are HUGE and there are many, many, many lights within each map. Looking around some maps, there are places where multiple lights overlap, and sometimes there are area lights that are strung up right next to each other: 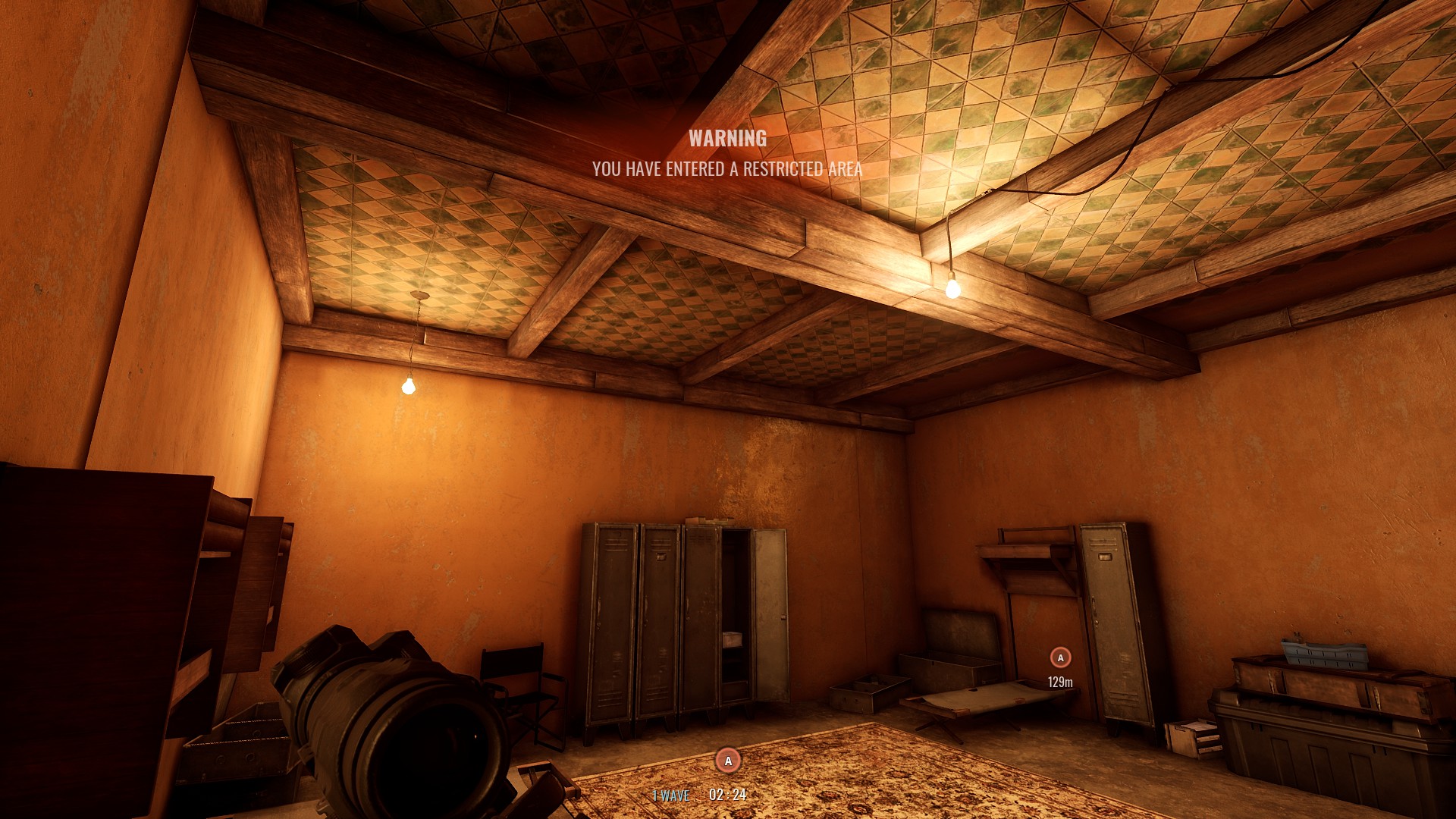 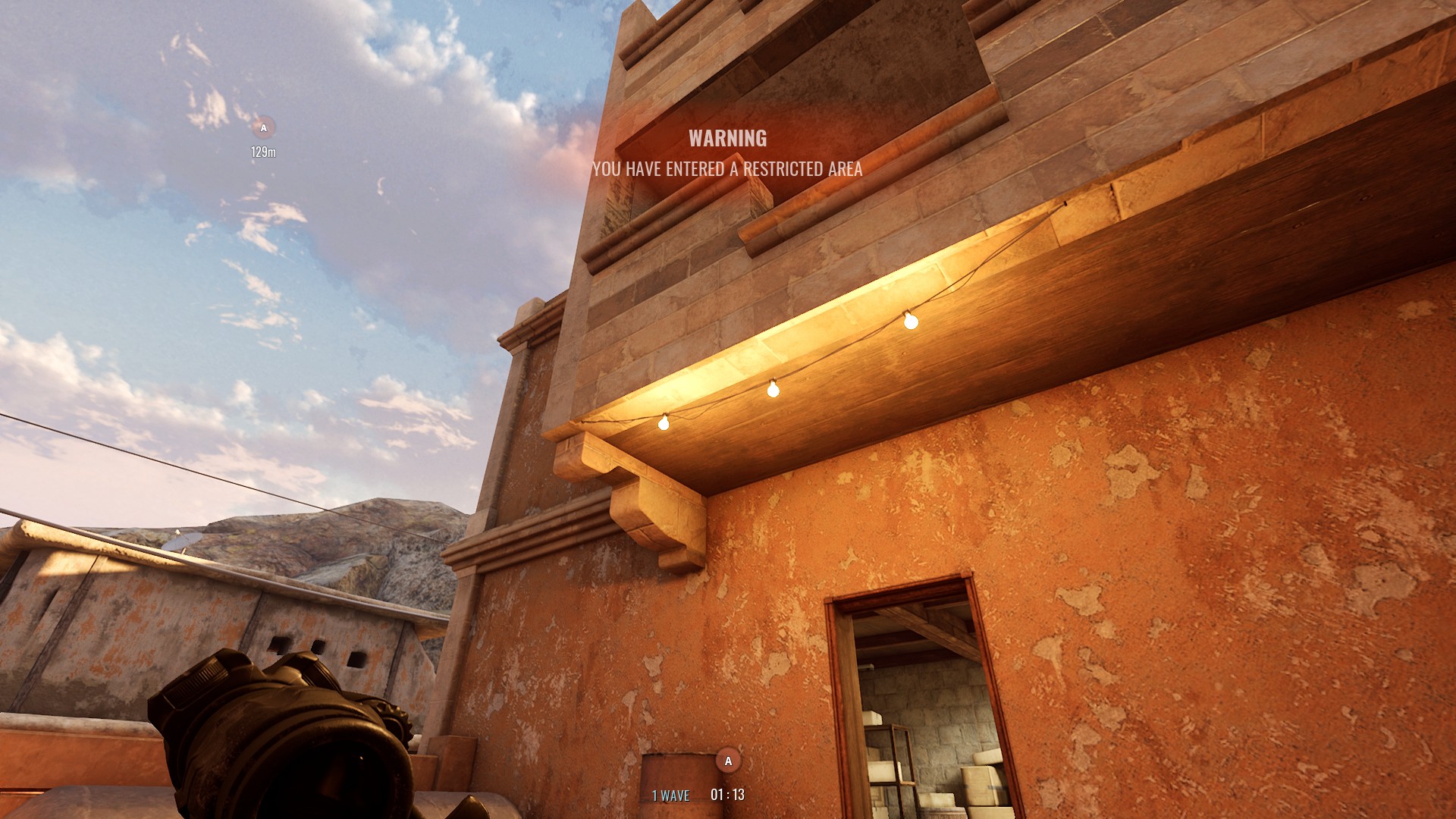 On top of this, add on how complex the geometry is (overall, Sandstorm has a LOT more geometry to its maps that Insurgency 2014) and figure out how each poly needs to calculate its lighting based off of all the lights in the area and that's a LOT of calculations for a LOT of lights. Maybe this isn't such a huge problem like I think it is? Again, I don't do lighting in unreal professionally so there's a fair chance I'm wrong about this. But maybe it'd be more optimized to have one bigger light provide the actual lighting for light sources that are close together to save on some processing power?

Map geometry and overdraw
I tend to run around 100 fps on interiors (again, I'm running low graphics with my machine), but that drops to about 70 fps when looking at vistas. I think part of the problem here is overdraw, especially when it comes to foliage: 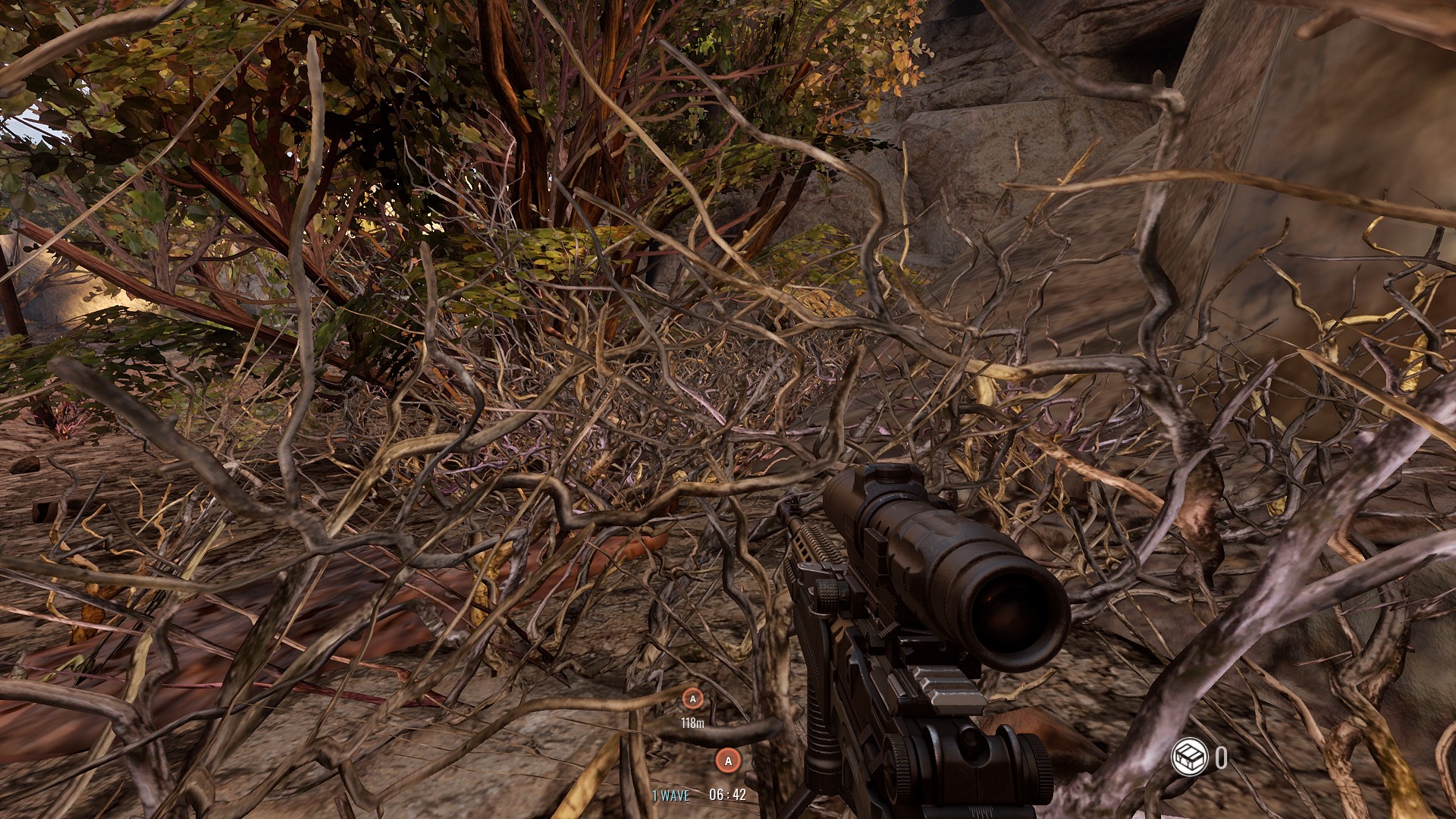 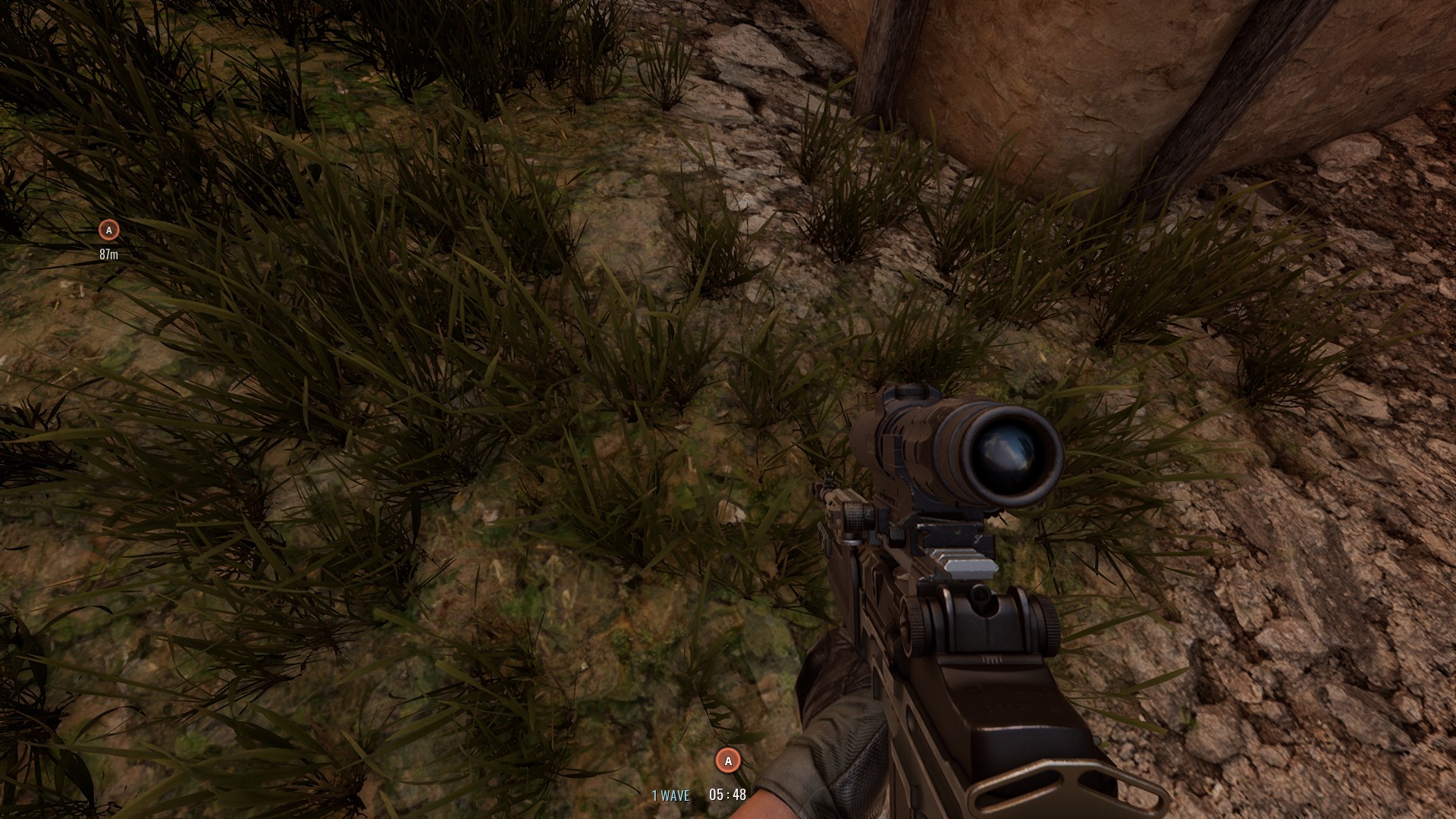 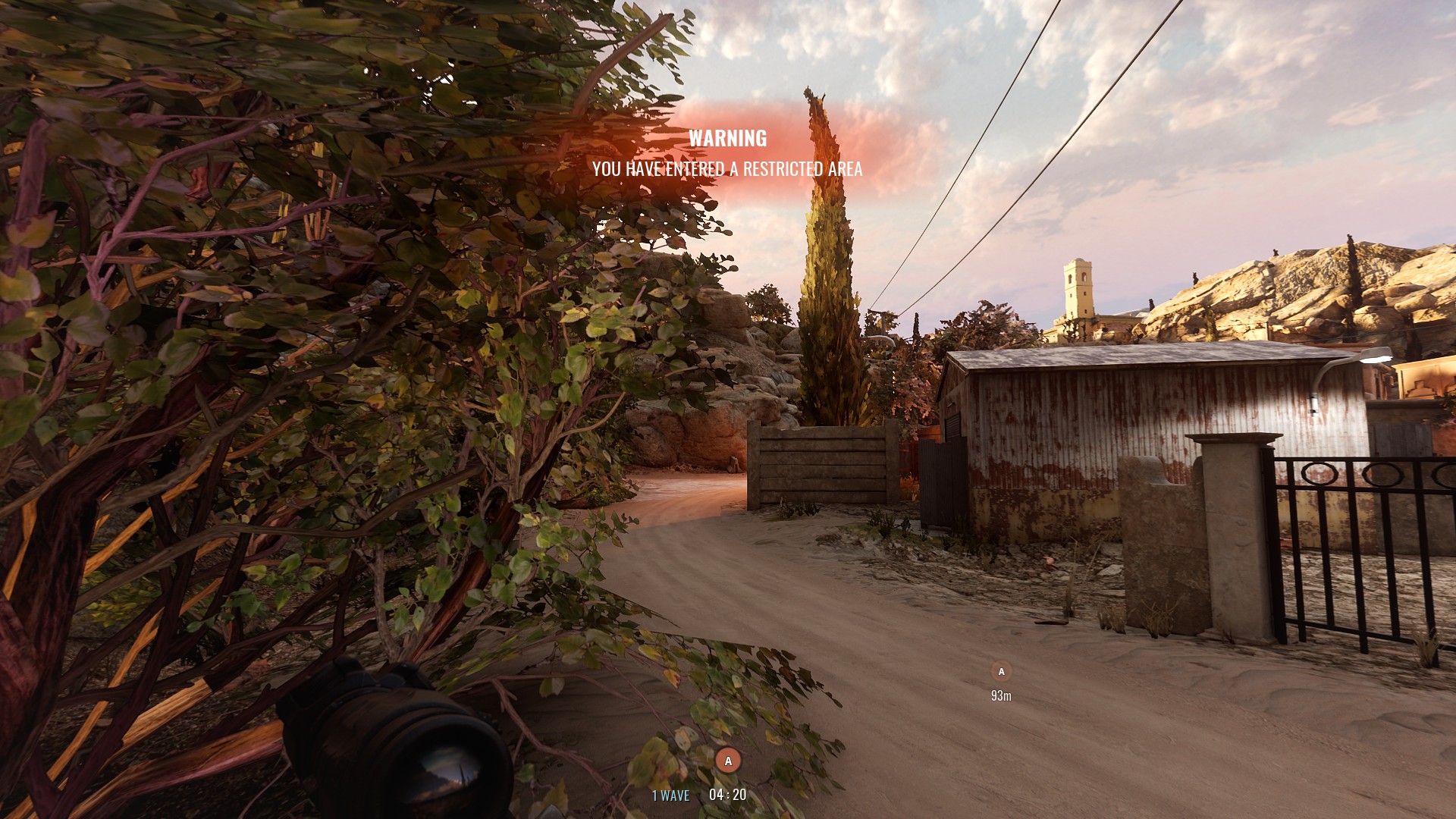 There's a ton of grass, foliage, and leaves here. It looks like the way they did foliage was to have flat planes with transparent leaf textures on top-- that all adds to the overdraw. A ton of overdraw tanks performance (and, with the previous lighting comments I made before, take a look at how dense the grass is and how each grass sheet reacts to lighting).

The obvious caveat here is that without being able to look at the shader complexity view, I could be completely wrong (but I'm pretty sure all those transparent planes on top of each other isn't helping out with the performance)

Checkpoint objective state change stuttering, plus stuttering when shooting at bots or getting shot at
This is the biggest pain point for me right now playing checkpoint. Stuttering for me most often occurs when an objective is captured, or if a bot spots me and starts shooting, or if I start shooting at a bot-- almost as if there's some kind of hang up on state or changes or on event starts? I did notice this as well on local play (not nearly as bad as on live multiplayer coop).

I wish I had a better description of this or a better way to break down what the actual problem is, but for me it's lag at the most inopportune moments-- usually when I spot an enemy or if I'm getting shot at

@thewonderlemon Do you have stuttering if you turn down the graphics?

I'm pretty sure the biggest performance issue is a CPU bottleneck when there are many players in the server. I encourage you to try ranked games (5 vs 5). I usually have around 60 fps with stuttering in casual games, but my framerate gets over 140 fps in competitive matches, with a really smooth feeling.

@thewonderlemon Do you have stuttering if you turn down the graphics?

That's the thing-- Besides the resolution, this is as low as the graphics will go

If memory serves, 6-10 overlapping lights in Unreal will tank the framerate of a PS4. Obviously our PCs are more powerful than those, but for optimization purposes, low quality settings ought to mean that lighting should be simplified and polycount and textures should be heavily reduced (3-6 lights just for one room is going to tank performance on min spec machines).

But yeah, the graphics aren't the hugest reason for a framerate drop, it just certainly doesn't help out when something in the script/blueprint causes a cpu bottleneck