Improved death card
This topic has been deleted. Only users with topic management privileges can see it.

It would be nice if we could get some improvements from the death card. That is the card you see when you got killed your camera switches to spectating somebody from your team who is still alive.

I would like to see some additional information like:
• Distance from which you got killed.
• Human Outline figure that shows where you took damage and for what values.
• Name of the players that caused damage

This is just a simple mock-up image. 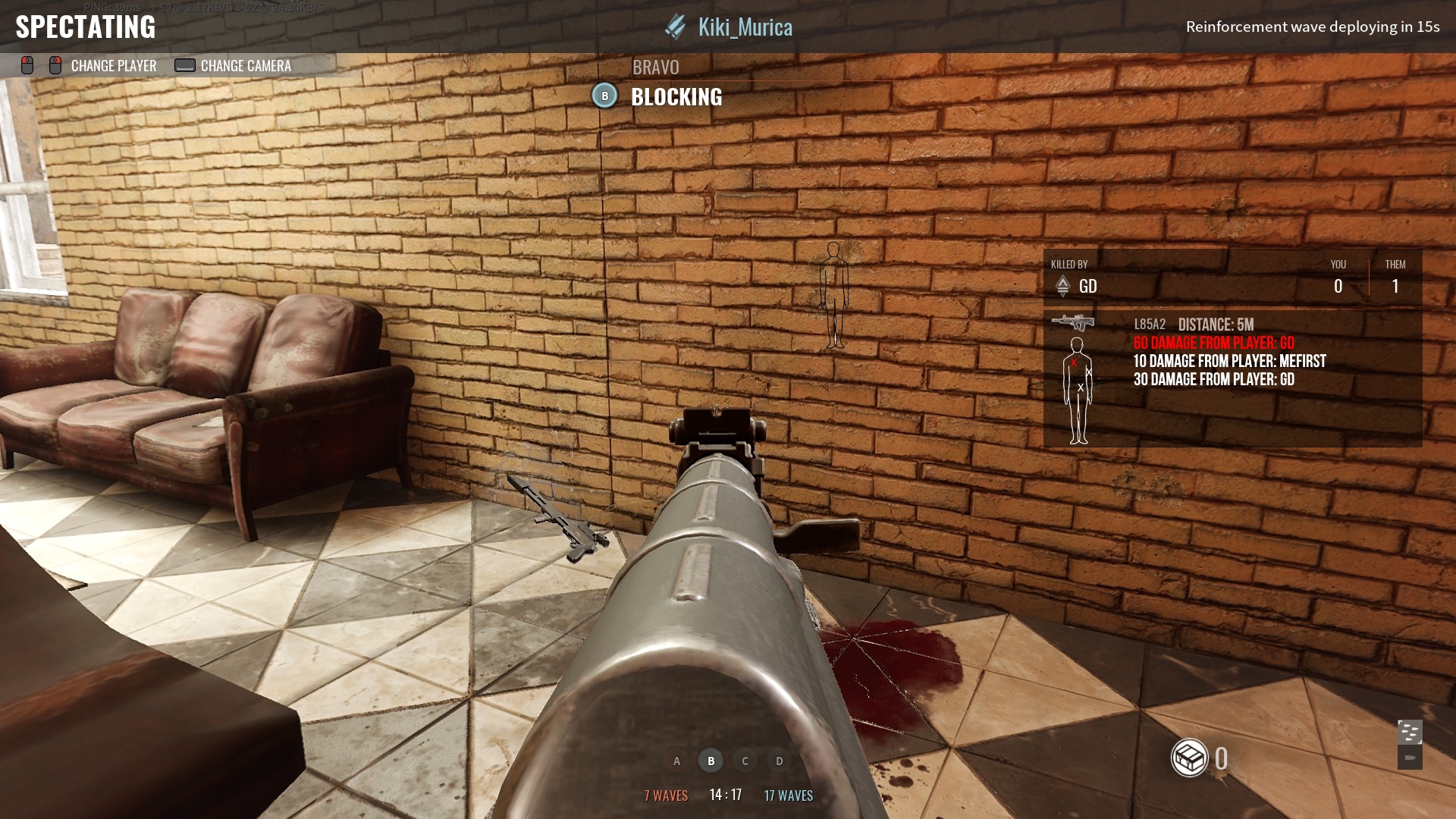 This should allow players to better figure out how they died. insurgency has a pretty low TTK and so players often have some issues figuring out how they actually died. This should help since you get more data and you know if you just got a headshot, or if you actually got hit by multiple players etc.

Thank you for the suggestion. I've passed it on to the team.