Any 3/4 veteran crewed ship in campaign shows a ridiculously high fire rate bonus of +103% which seems off considering that 4/4 is only +30% or so. 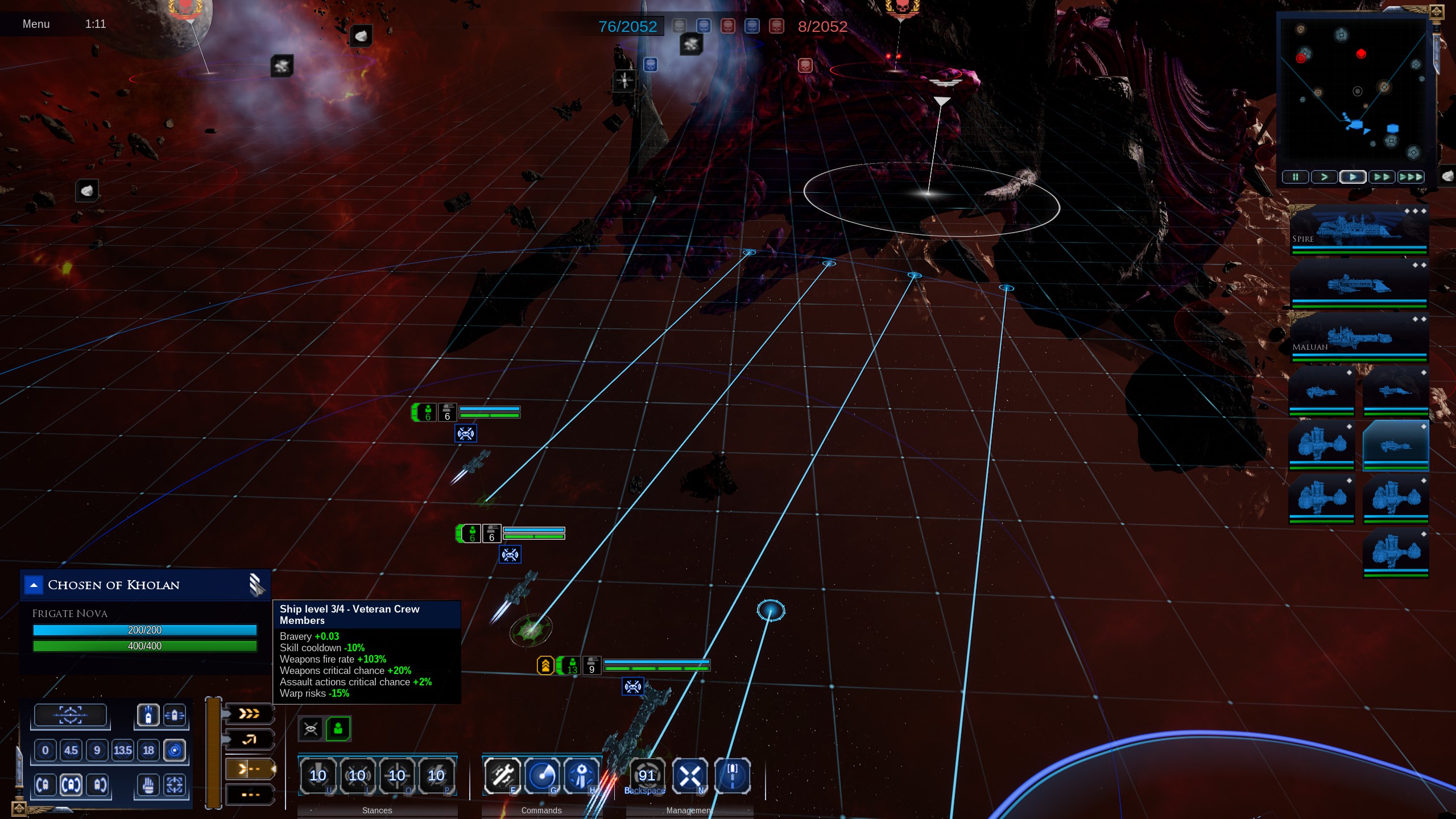 EDIT: Comparing the Bravery listings for my fleets of the same faction (ones that weren't made in the Scarus sector), I think I can confirm that Bravery progression from ship level is actually 0/1/3/6. Assault action crit is harder to check because of Death World bonuses. I did compare the stats for level 3 ships and freshly made level 1s, and the level 3s had 90% of the latters' Reload Times, so I believe it is actually the 10% bonus I figured it was.