Watching the upcoming MP5's sight picture makes me really want that this game would take into account the "ghost ring" effect for such sights.

This is the old America's Army 2 implementation of this feature on the M16A2 sights, massive difference: 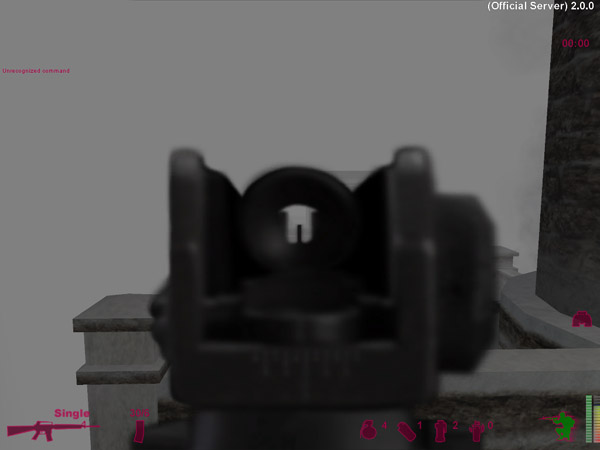 Usually games end up solving this by enlargening the rear ring on the sights, but this more realistic approach would be of course better in my opinion.

PLEASE DO THIS. Also add ghosting to red dot sights. Steroscopic vision almost removes all obstruction from the optic's body.

This must be done!

Make it so! (pretty please)

Pretty sure this is impossible to do with a 3D model, the way older games did it is basically a pre-rendered image of iron sights overlaid on the screen.

Also, this thread is over 1 year old

It's not impossible...but given that the game is still in early access do you really want it right now?

It's not impossible, but with current technology and rendering it is extremely resource intensive to do well. Games used to do this when sights were a simple 2D image that was laid over the screen, that's quite easy to blur. Now that iron sights are modeled and lined up in 3D space and rendered with the scene, it's far more difficult. Sandstorm has frame rate problems enough as it is.

2 decades ago with games like America's Army, Operation Flashpoint, Delta Force, and others having blurred sights was common place. Since games have gone to 3D first person weapons and sights, I'm not aware of a single game that models this. It's not a coincidence.