Bug: Selecting which ships to deploy in campaign
This topic has been deleted. Only users with topic management privileges can see it.

The system to chose which ships should be deployed to battle in campaign seems to me to be very bugged. Other then a problem with the German language version, where the selection window is missing some texts, there is a big problem: I tested the system in my Imperial campaign in two separate battles with an Tyranid invasion. In both cases I switched some damaged ships from my 1st and 2nd fleet with fresh ships from my 3rd fleet. Result: The Escorts I switched showed up, but the cruisers did not! But the damaged ships that I wanted to trade also didn't spawned as intended, so my forces on the battlefield in both cases where more then 200 points smaller than the attackers fleet.

I then at least lost some Escorts or had to warp out a cruiser but did not saw any reinforcements or a new button for reinforcements. So please take a good look at this whole new system!

I was able to recreate the bug and document it for you with screenshots! It's worth mentioning, that I tested it in 2 other battles, where everything worked ok. Until now, the bug only occurred for me in a special setting: 3 of my fleets waiting in guardian mode in one of my systems, that would be attacked by a Tyranid invasion from outside the map next turn. But maybe that is just random, because that is what I'm dealing with at the moment in my Imperial campaign.

I also noticed that 2 ships of the same class are displayed here with different point costs in the deployment screen, maybe that is the reason. So maybe it just looks to me, like the fleet that I set up would fit into the point limit, but because one ship is in reality more expensive then it is shown there, it doesn't work and so one ship is not spawned? So maybe the wrong labeling of the point cost in combination with the point limit is the reason?

Screenshot 1: The setting. Three of my fleets waiting in guardian mode for the Tyranid Invasion from outside the map. 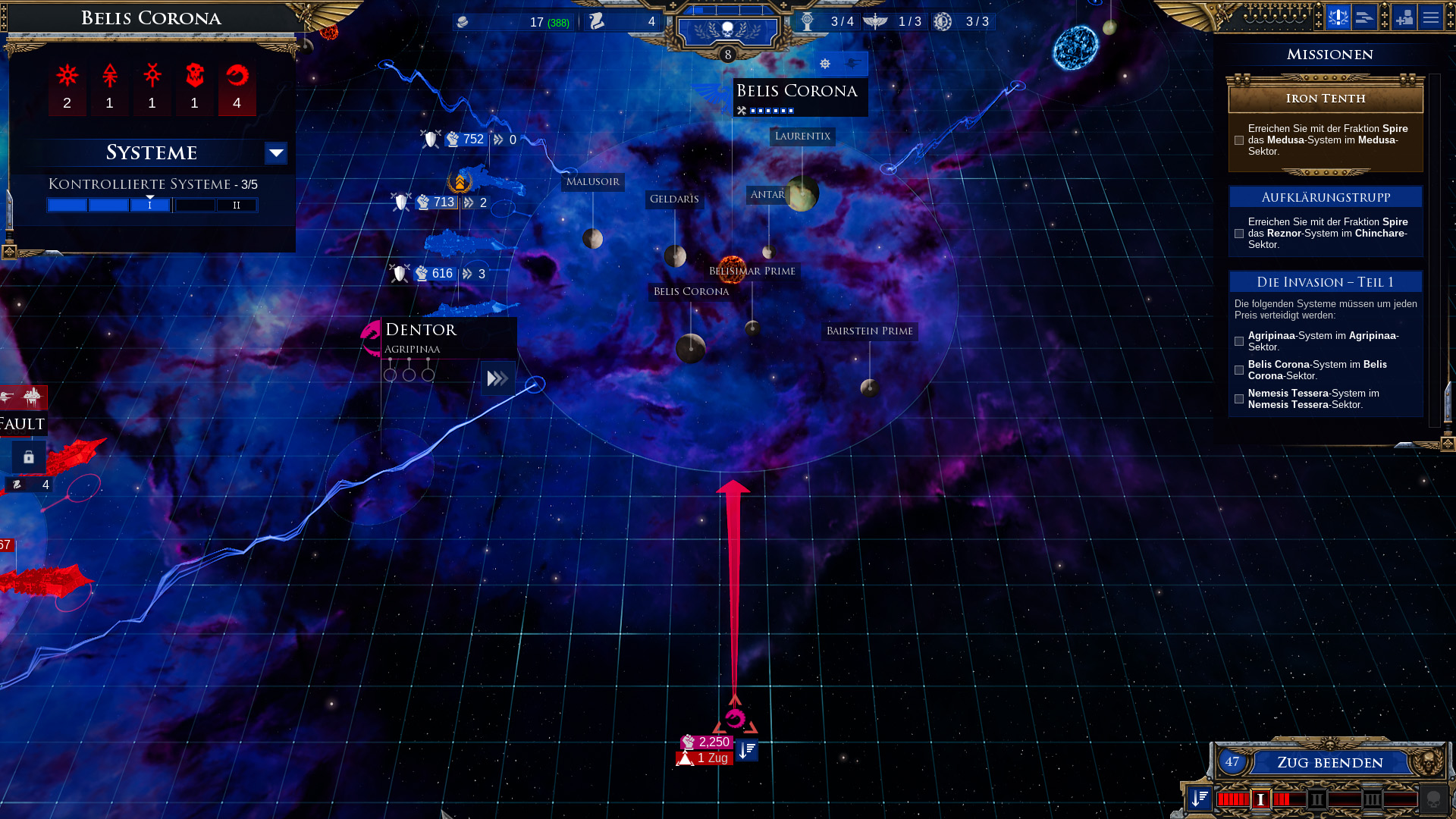 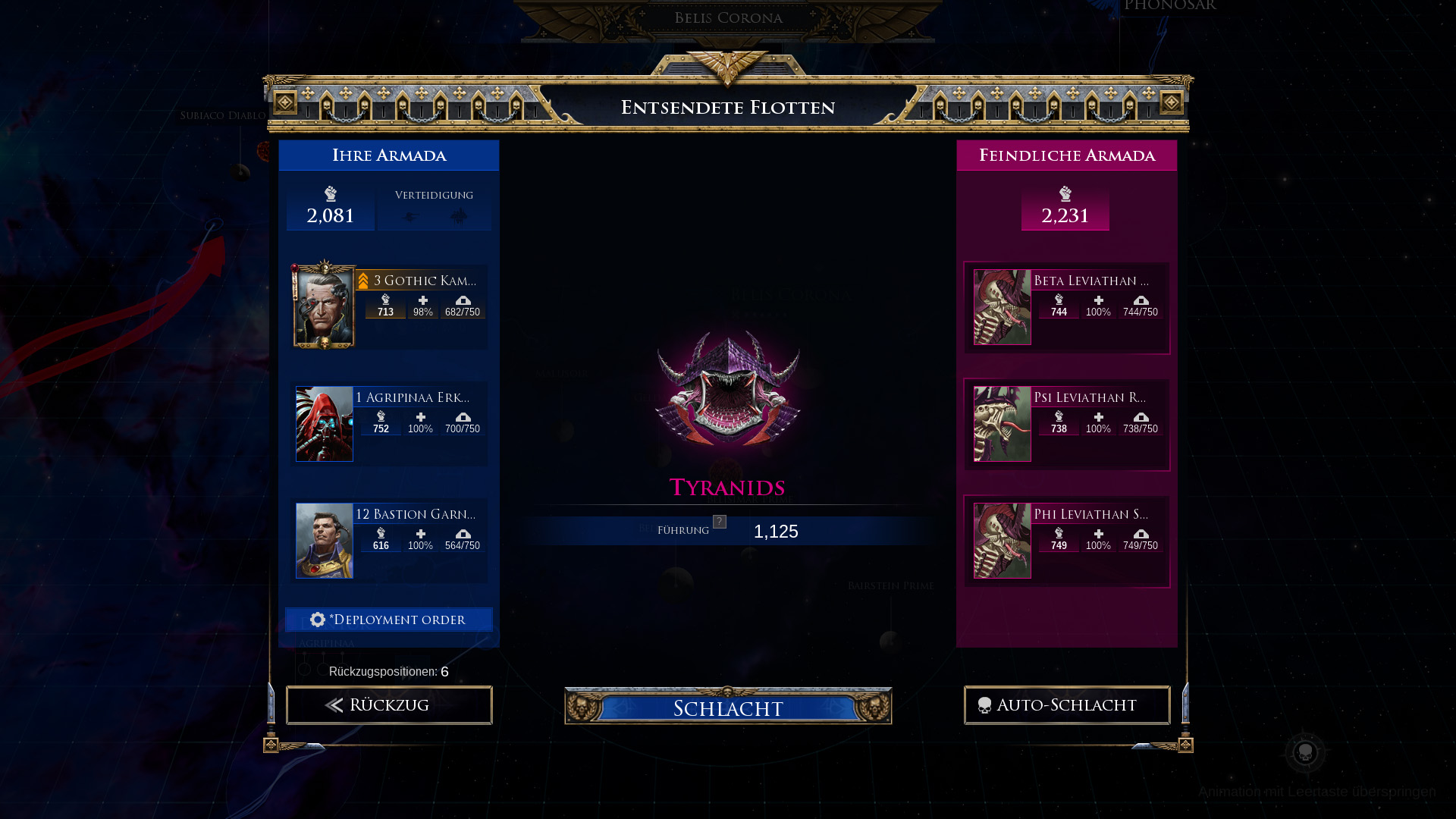 Screenshot 3: The deployment screen. Like I said, the AdMech fleet is still in position 3, even if I moved it on the screen before to position 2... Also, notice the missing text. And more impotent, the fact that 2 AdMech Tyrant's from the same fleet have different point costs displayed. The cheaper one is also one rank higher (rank 3) than the other one (rank 2), but I never seen a notice that higher ranks would make ships cheaper... So is this a bug? 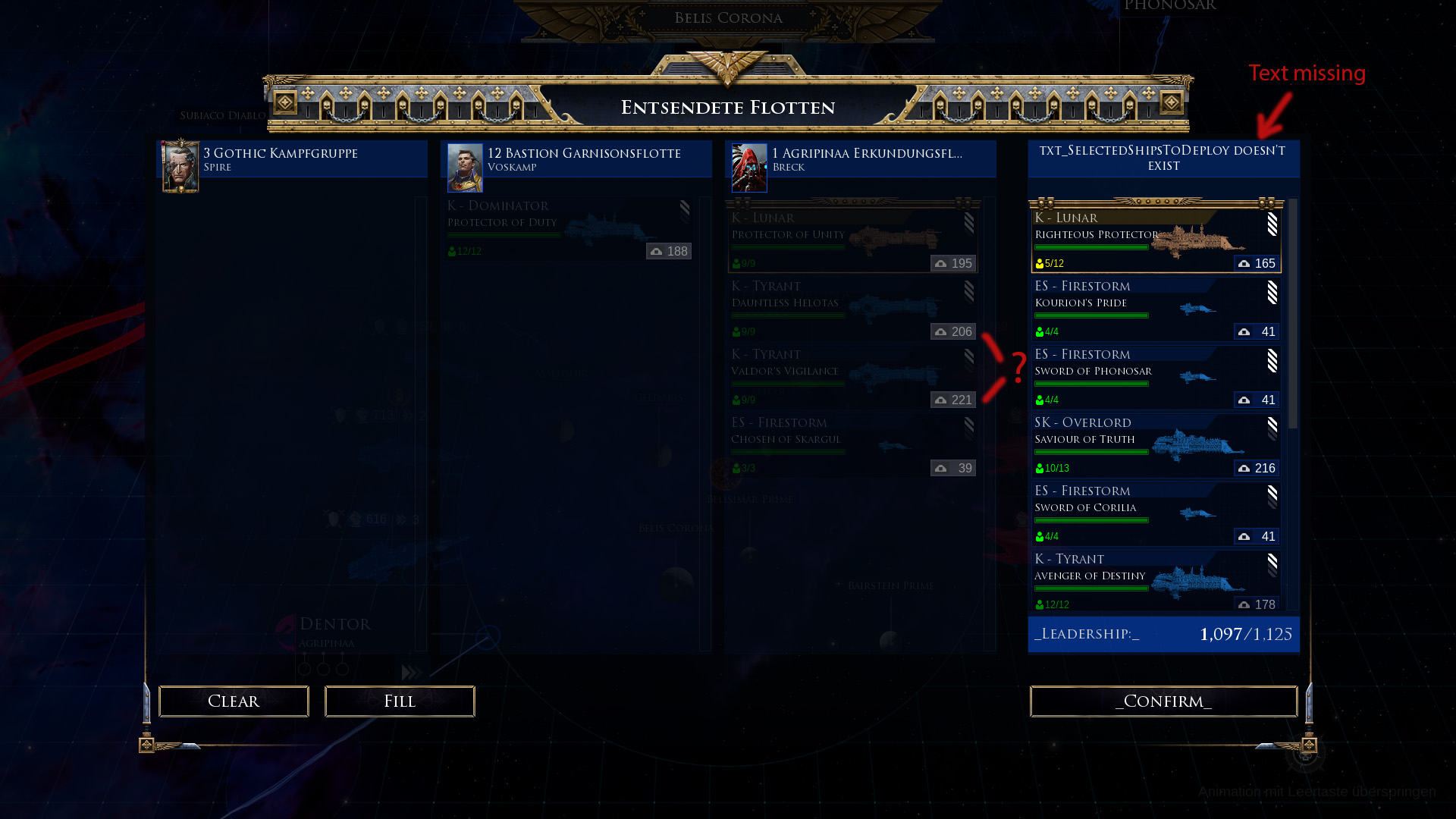 Screenshot 4: I set up my fleet and used all 3 AdMech cruisers for the deployment. 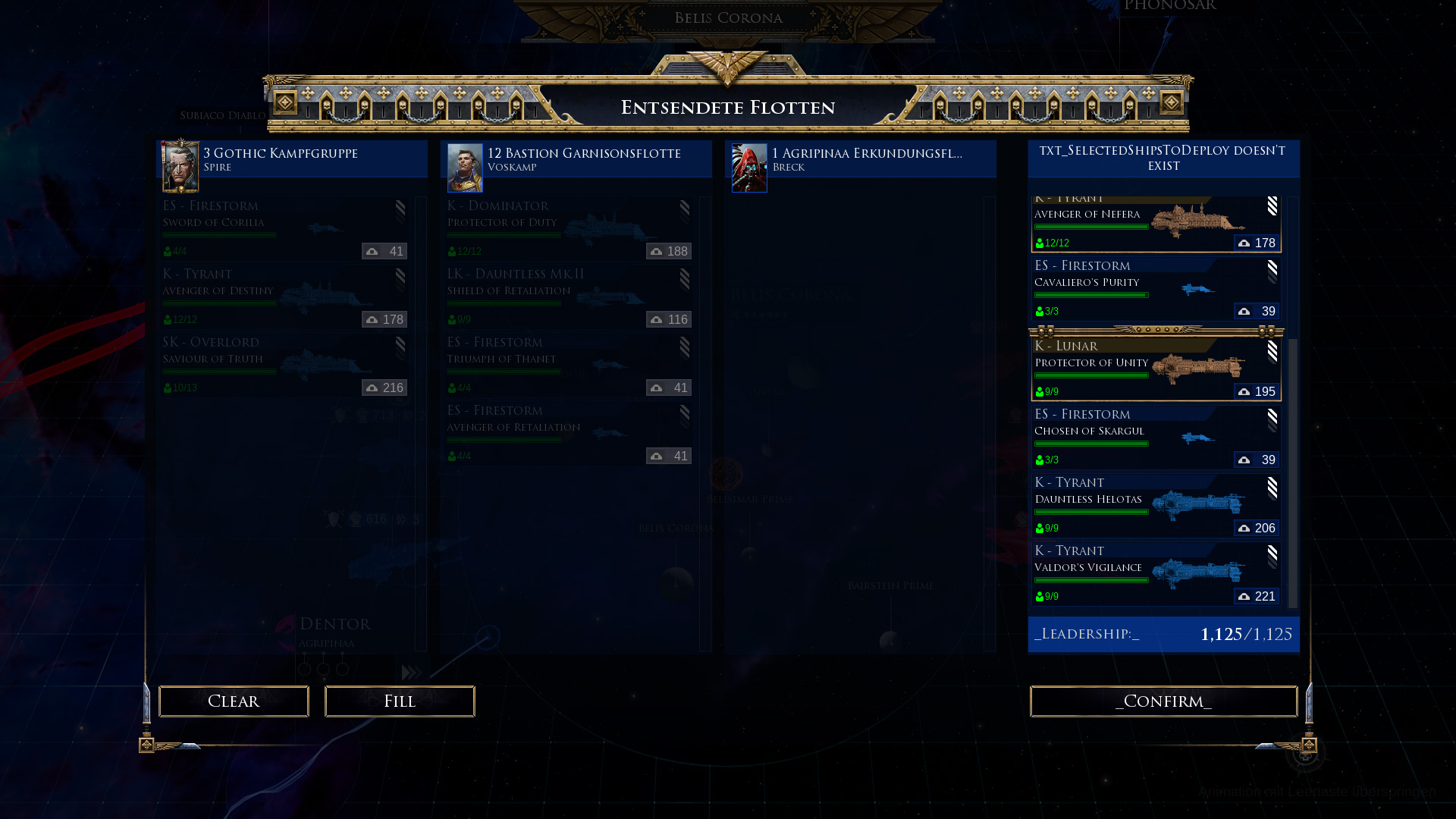 Screenshot 5: As you can see, one of the two Tyrant cruisers is missing! 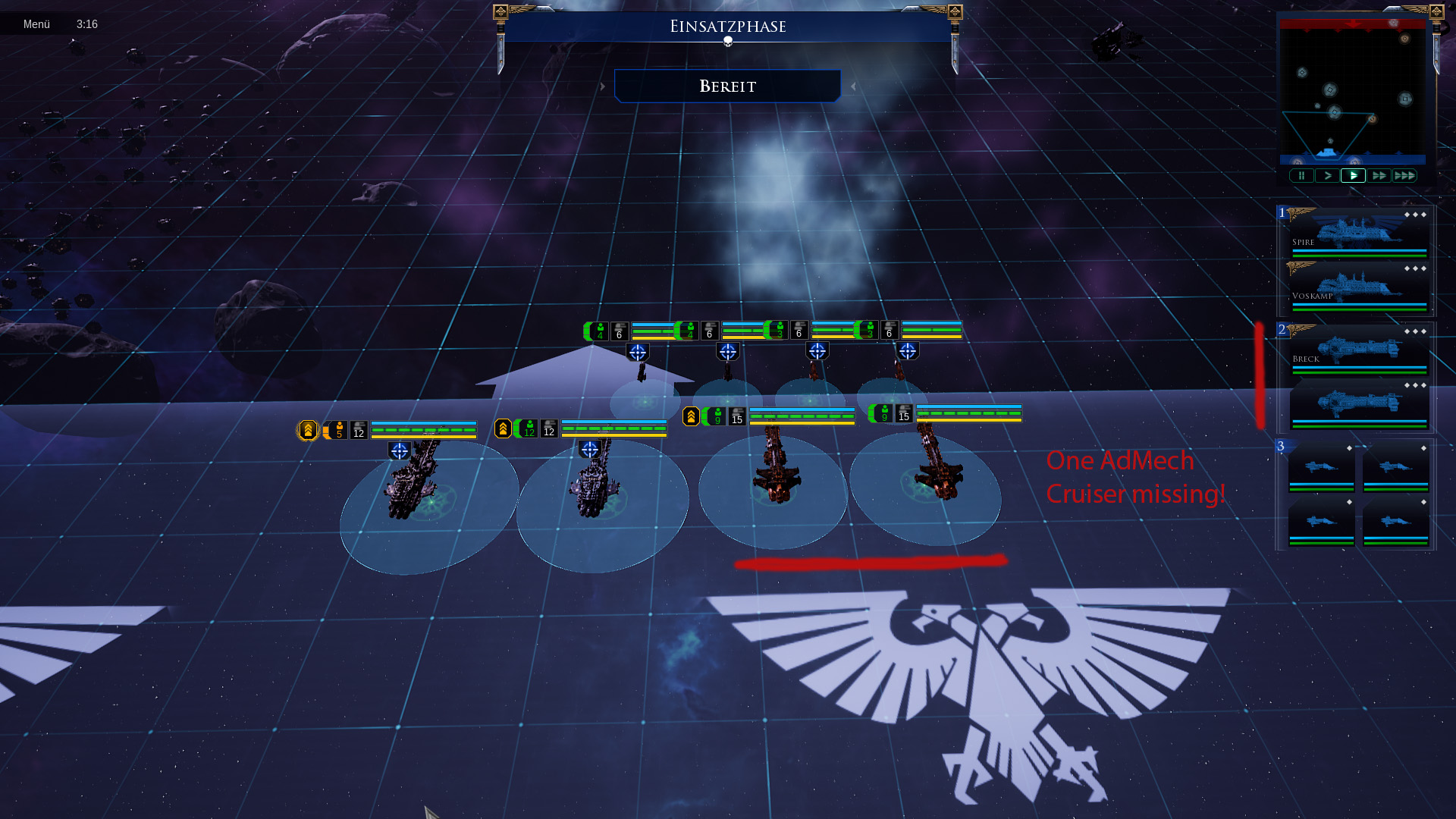 PS: I noticed that also my AdMech Lunar is here displayed with a cost of 195, but in the ship construction window they are labeled with a cost of 215. So maybe the problem is because of the price increase of those ships in the last patch, but I have build them before the patch with the old prices? Maybe just the prices/cost of the already existing ships just need to be updated to the new prices in some way?

I wanted to check if this bug is fixed now in the new beta-patch, so I loaded the same save game with the same battle again. But it seems the bug is still there. This time one AdMech Escort was missing. And as you can see, this ship was also the last ship I added to the list. So it seems the last ship on the list will not be spawned if because of wrong displayed prices and the point limit this problem occurs. 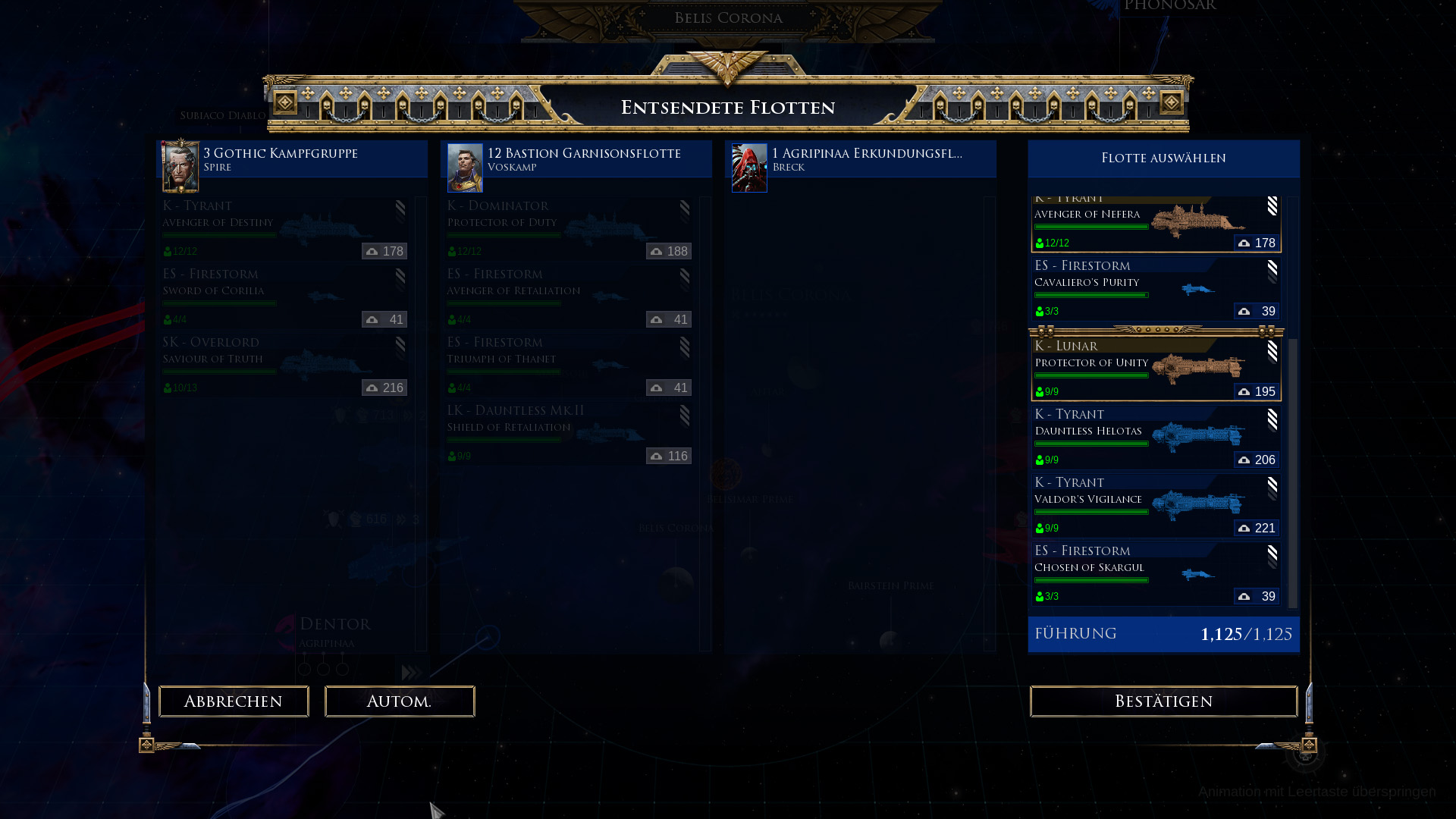 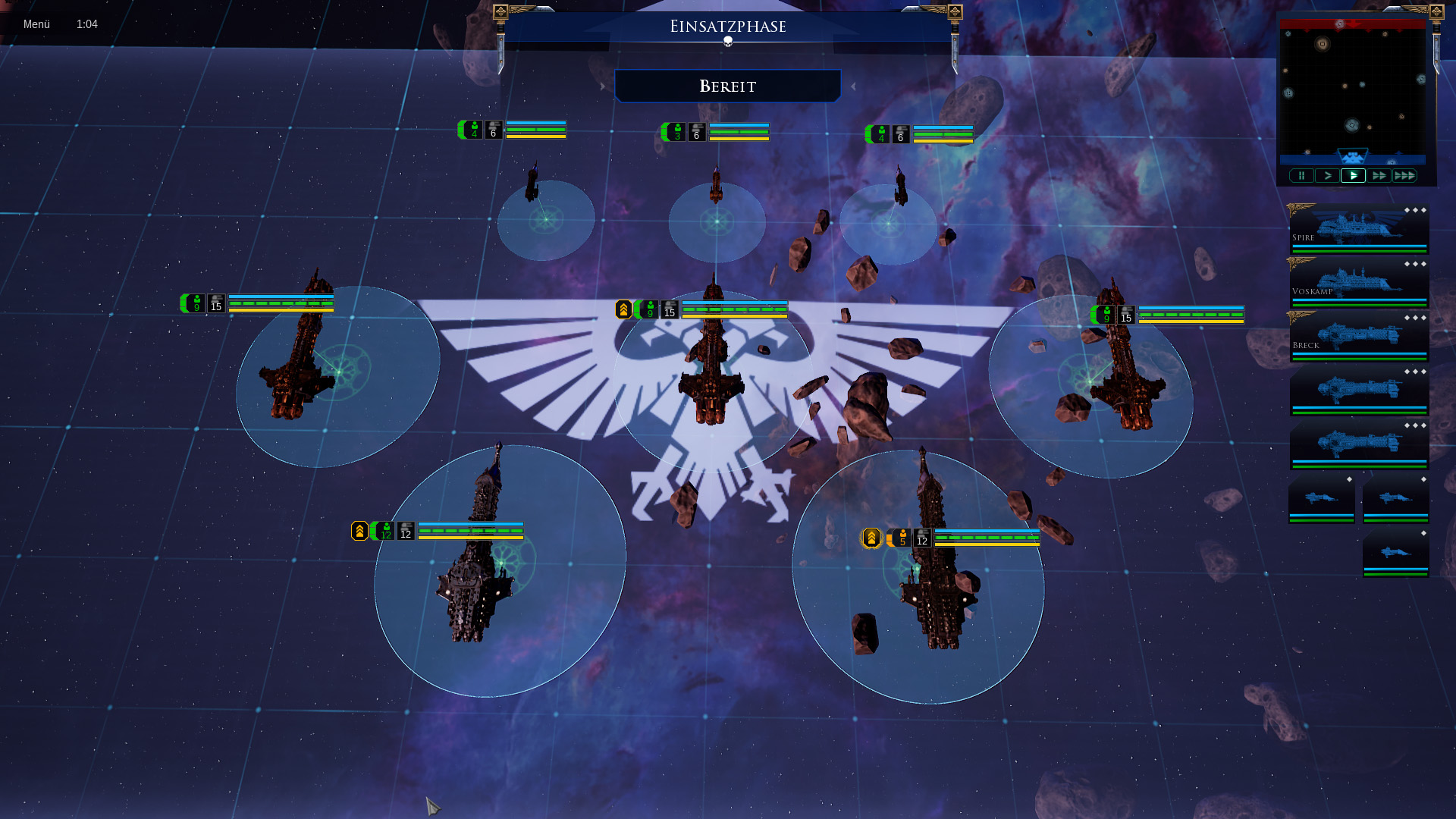