Patch Two is live!
This topic has been deleted. Only users with topic management privileges can see it. This new patch features various balance changes and bug fixes, including a rework of the boarding mechanics based on your feedback, various balancing tweaks, and stability improvements to the campaign co-op mode. Please find more details in our Beta news.

Thanks to everyone who tried this update in our Beta branch and posted their feedback. The changes are now live in the official version of the game. Please continue to share your suggestions and report technical issues - we carefully read our Steam community hub and official forum. You can also join our Discord to meet fellow players and get the latest news from the team: https://discord.gg/fqpAG2D

As the team works hard on improving the game with features and balancing based on your reports, you can find more info about our long term plans here.

We’ve also seen the feedback that some of you miss the persistent fleets from the first game. We wanted you to know that it’s been noted on our side. We’ll be looking at what could be done to improve that aspect and keep you updated in future posts.

Co-op mode
Some progress has been made on the Coop mode. Please note that the co-op mode will be the main focus of Patch 3.

@chaton Hey there is a change not mentioned in the patch notes, and that is the Goliath Vash'ya's Double Barrel Super Heavy Rail-Gun turret change. Was this a mistake or a problem that was patched earlier but not mentioned?

Was the change in point values to Macaggre's Honor in the Imperium campaign intentional? I didn't see it in the patch notes. It was around 600 but now appears to be about 1100. Seems significantly overvalued if so, given that it really only has the firepower of 2 battleships.

Is there a way to change/upgrade the ship of your battlefleet's leader ? For instance the Group with Cambrius in it has 2 Arks and 1 Light Cruiser, with the light cruiser being Cambriu's ship and unless i have him killed intentionally, i can't upgrade/change that light cruiser into anything else, same problem with Spire, but if i have him killed, i lose the campaign 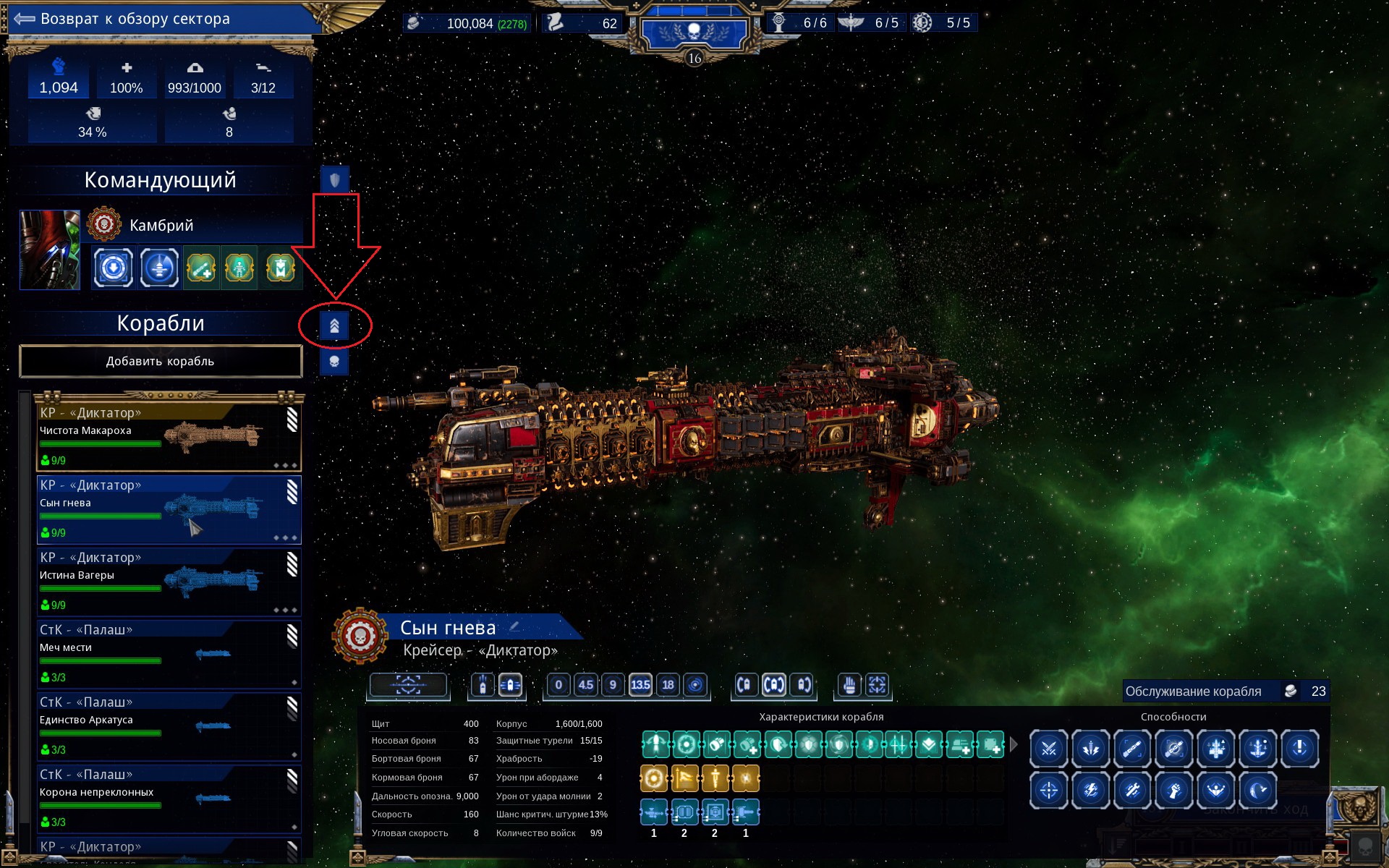 First of all thanks a ton for putting out such a great game! You really did an awesome job creating this game especially one in the 40k universe that is more than just another pile of code licensed by GW. It really shows that you guys put a lot of effort, passion and love into the development and improvement of the game and the latest patch shows that you actually care about the community and the players which is rare in modern times of gaming and sets you apart from other studios, so thanks again and please keep up the good work!
I want to use this post to adress some issues concerning the latest patch and the impact on the metagame as I experience/see it, if this is the wrong thread, please move this post to where it is applicable.

In conclusion: It appears to me, that the current meta is all about kiting and hit and run tactics while spamming as much as possible. There are not enough ways to counter squadron spam by not participating in it yourself, only the necrons with their starpulse have the privilege to hold an effective counter messure. The boarding is even stronger now, measured over time, since the penaltys of ignoring it are even more severe now due to the increased danger of fire on board. Another thing concerning fire effects is the fact that ramming might inflict fire on your ship as well, so on top of everything I mentioned before, this makes a playstyle of close range combat ever more inferior. I am aware, that there will always be a strategy which is less efficient than others but so far it feels like there is no purpose in getting close to the enemy anymore and that renders every ship with a spur or thick armor kind of obsolete, even the Tyranids, which I used to play similar to the orcs before, seem to rely on kiting now (at least the ones I encountered so far since the update). However, I feel it should be honoured more to bring a knife (or a Rok haha) to a gunfight especially if said fight takes place in space in the grimdark future!
My suggestions concerning the balance are the following:

PS: If anyone has any improvements or tactics relating to the green skins to share, I am happy to hear about em!

Great post! I do not play as Orks, but your general suggestions I think really hit the nail on the head.

I am a Tyranid player (I know, everyone hates me etc) and I love this game for all of the variety that it allows with each and every match-up. So much love and attention has gone into the game and it is really a lot of fun to play.

You were correct when you talked about the shift in the meta. There is now a really huge focus on squadrons. I recently played a match that is very similar to what you described: hiding in the back and launching so many fighters. Yes, brace for impact and stay close, and then call to arms....but I don't want to do that every single fight, right? a little repetitive! So what do I do? I build fleets with much more fighter capacity! And even MORE capacity than my opponent! Like you said, I have now become part of the problem, because when I play the fleets I want to play, I invariably will loose if facing the carrier fleets.

I like your idea of some sort of counters to squadron spamming...turrets are ok, but I feel like if you send a squadron of fighters to one capital ship (line ship) with full turrets, the fighters should really be torn up badly, and I think that turrets should be a little more resistant to fighter attacks. Perks or skills could be nice, although I don't want it to be that everyone gets a necron starpulse. Each race has a flavor and I want them to each feel unique.

Detection range of squadrons, yes, I think a reduction is in order. Having said that, I would increase their engagement range: meaning that if another fighter squadron flies by them, they move to engage (i've had fighters and torpedoes pass by my squadrons very closely without intercepting). Half the detection range, but increase their engagement range to whatever they can spot (maybe even including enemy ships?).

Veto...I'm not sold on this, only because part of the fun is that variety. As a Tyranid player, I always groan when I see I'm going to face a Dark Eldar...but I fist-pump when I am about to play against Imperial Navy! We all have strengths and weaknesses, and now that we can adjust skills before a battle, I'm ok with whatever match-up I get.

I agree that close range should be the 'danger zone'! I'd like to see each race deal with this differently, but that's a different topic all together. Boarding craft from afar should be much weaker, I think, than a close range boarding action, or else we all devolve into carrier fleets for boarding (in Tyranid fleets especially). I don't know...I like the idea of carrier fleets too, but it's such an extreme and specialized type of ship that it should have stronger drawbacks too. I do like that they have charges now, but it doesn't quite seem like enough.

In any case, great post. Love this game, hope to see you online!

P.S. - I just played an ork fleet that had some amazing front kannons that tore through my ships at range...they were evaporating my battlecruisers! I think they were dual kannons and they had the increased accuracy stance on. OUCH!