Focus Home Interactive reveals 12 new partnerships at What's Next 2019
This topic has been deleted. Only users with topic management privileges can see it.

As we near the end of Focus' yearly press event "What's Next", we're happy to share the official PR text we've shot to press to keep you all in the loop! It's been a hectic two days, but a great event for all of us here at Focus.

Read on for more info about some exciting announcements regarding some of what's to come over the next few years:

On April 10 and 11 2019, Focus Home Interactive gathers media, studios, and partners in the heart of Paris for the annual What’s Next event. Over two days, we reveal details of our 2019 catalogue, and the teams give exclusive presentations and interviews. 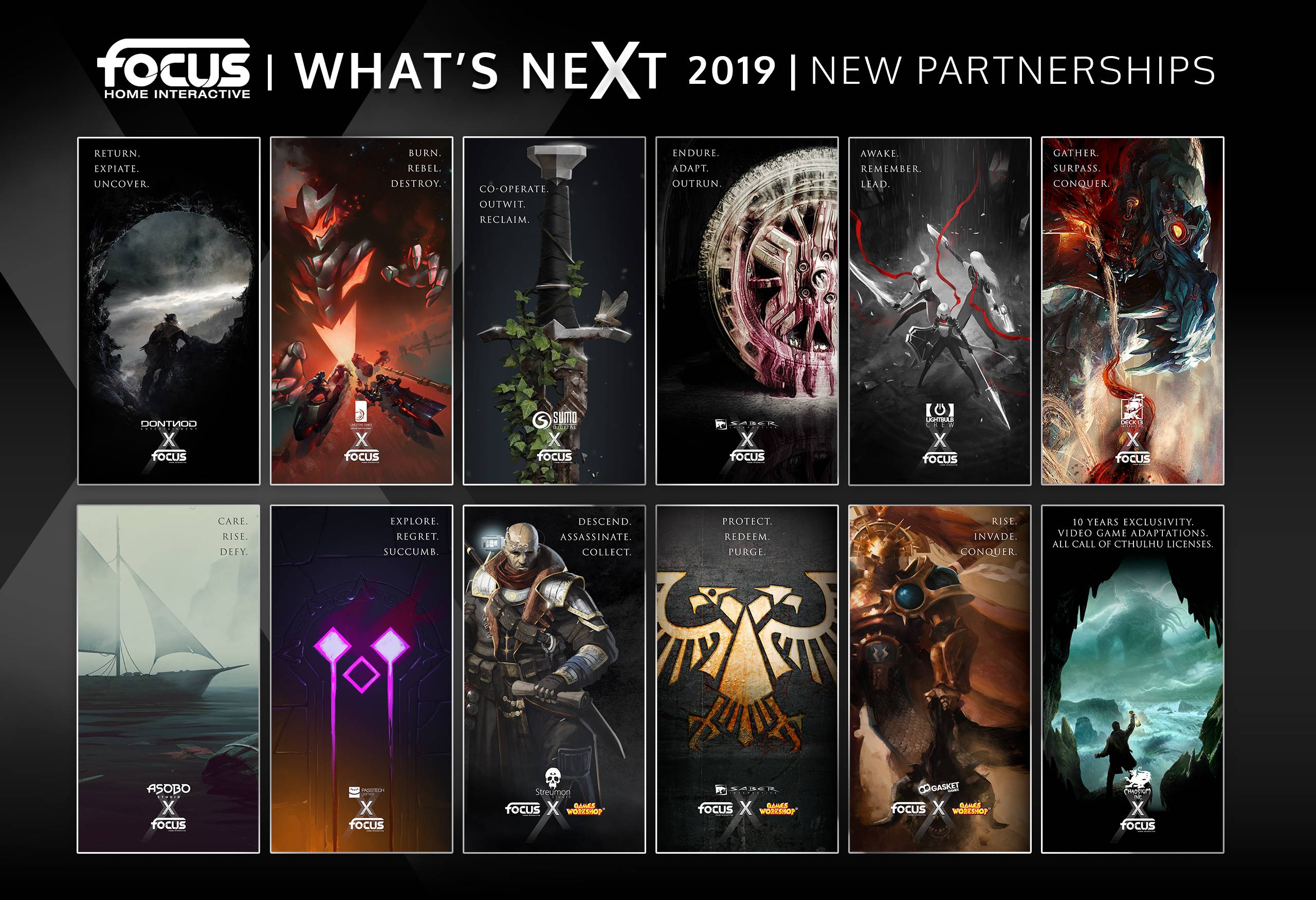 FOCUS CONTINUES THE ADVENTURE WITH ITS PARTNER STUDIOS

Focus Home Interactive is proud to announce the renewal of its partnership with DONTNOD Entertainment, one of the key figures of the videogame industry. Vampyr, the first game of the partnership, impressed press and players from around the world. We are proud to announce that more than a million copies have been sold to-date. This new co-production promises to be one of the most ambitious in the history of the publisher and the studio.

After the success of The Surge, and with the long-awaited sequel The Surge 2 due in a few months and looking better than ever, Deck13 and Focus are excited to announce the renewal of their cooperation with the development of a brand-new franchise which builds upon the strengths and expertise of the studio.

With the massive success of MudRunner and excitement building for World War Z, the talented developers at Saber Interactive will embark once again with Focus on the production of two new titles with exceptional potential. One of these titles will be supported by one of the most important licenses in the Games Workshop universe.

While the much-anticipated A Plague Tale: Innocence will release in just a few weeks on May 14, Focus is proud to count Asobo Studio among its continuing partners, including on an upcoming production benefiting from the creative and artistic talent of the studio.

Focus is also pleased to extend their journey with two long-time partners: Passtech Games for the development of a new IP in an indie vein, and Streum On Studio for a new shooter in one of the most popular Games Workshop IPs.

Finally the group is proud to announce that it has reached an exclusive agreement for video game adaptations of Chaosium's Call of Cthulhu franchise for the next ten years.

Focus Home Interactive is pleased to welcome among its new partner studios Sumo Digital, one of the largest independent game development studios based in the UK. The studio has experience working with some of the biggest names in the industry, including Sony, Microsoft, and Sega. The first fruit of this collaboration aims to deliver a multiplayer experience without compromise in a universe as dark as it is violent, developed by Sumo Newcastle, the team behind EVE: Valkyrie.

Gasket Games are a cross-platform game development company based in Vancouver and comprised of former team members from Relic Entertainment (Dawn of War, Company of Heroes) and Blackbird Interactive (Homeworld: Deserts of Kharak). They will leverage their passion, talent, and more than fifteen years of experience making strategy games in the development of a brand-new Games Workshop title in a rich universe.

Artistic talent, passion, and innovative design are three terms perfectly defining the unique games from Limestone Games, an independent Estonian developer that joins the Focus line-up today. The company is proud to continue to support young studios with high potential and give them the means to fully express their vision.

Pushing, evolving, and innovating is also the ambition of Lightbulb Crew, a talented studio based in Paris. Their game offers a dedicated artistic direction and unique concept, with what it takes to push the boundaries and break the rules of the tactical genre.

An integral part of the ongoing Focus strategy announced a few months ago, the company will concentrate on Nintendo Switch along with iOS and Android platforms, using its flagship licenses and creating games offering exciting experiences adapted to these media.

Farming Simulator, the phenomenon franchise developed by the excellent GIANTS Software, will thus be available this year on Nintendo Switch. It will be accompanied by Call of Cthulhu and Vampyr, both produced on the Switch by the teams at Saber Interactive.

While MudRunner 2 will land on consoles and PC later this fiscal year, Focus is happy to announce that mobile players can also look forward to the ultimate off-road experience on their iOS and Android devices in the near future.

THE 2019 CATALOGUE REVEALED IN FULL

A few days from its scheduled release on April 16, World War Z, the 4-player co-op shooter from Saber Interactive adapted from the smash-hit film by Paramount Studios, is playable to the press in attendance from around the world. The game will offer hefty doses of action and spectacle, where players will try to survive the immense hordes of bloodthirsty zombies composed of several hundred undead.

A Plague Tale: Innocence has already impressed journalists from around the world who were able to play a preview of the early hours of the game. It is also playable during What’s Next as players wait to dive completely into this dark and poetic adventure at the release of the game on May 14.

Unveiled last year, The Surge 2 is also playable for the first time. An exclusive hands-off presentation and a hands-on session will once again show the talent of Deck13 to create ever more advanced hardcore combat systems and sci-fi worlds 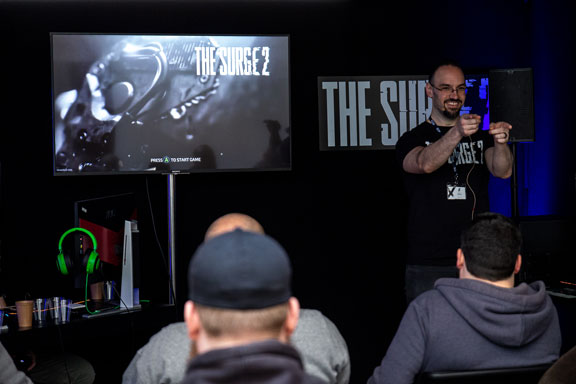 A few months ahead of release, Spiders showcase their brand-new RPG in a never-before-seen GreedFall gameplay presentation. A true invitation to travel and explore, GreedFall promises great freedom to players and a captivating story.

With MudRunner having sold millions of copies, the company is looking forward to releasing MudRunner 2, the sequel including ever more ambitious content and gorgeous realization, making this the ultimate off-road experience.