[Mod] Titan "Ancient One" usable in Tyranid Campaign
This topic has been deleted. Only users with topic management privileges can see it. 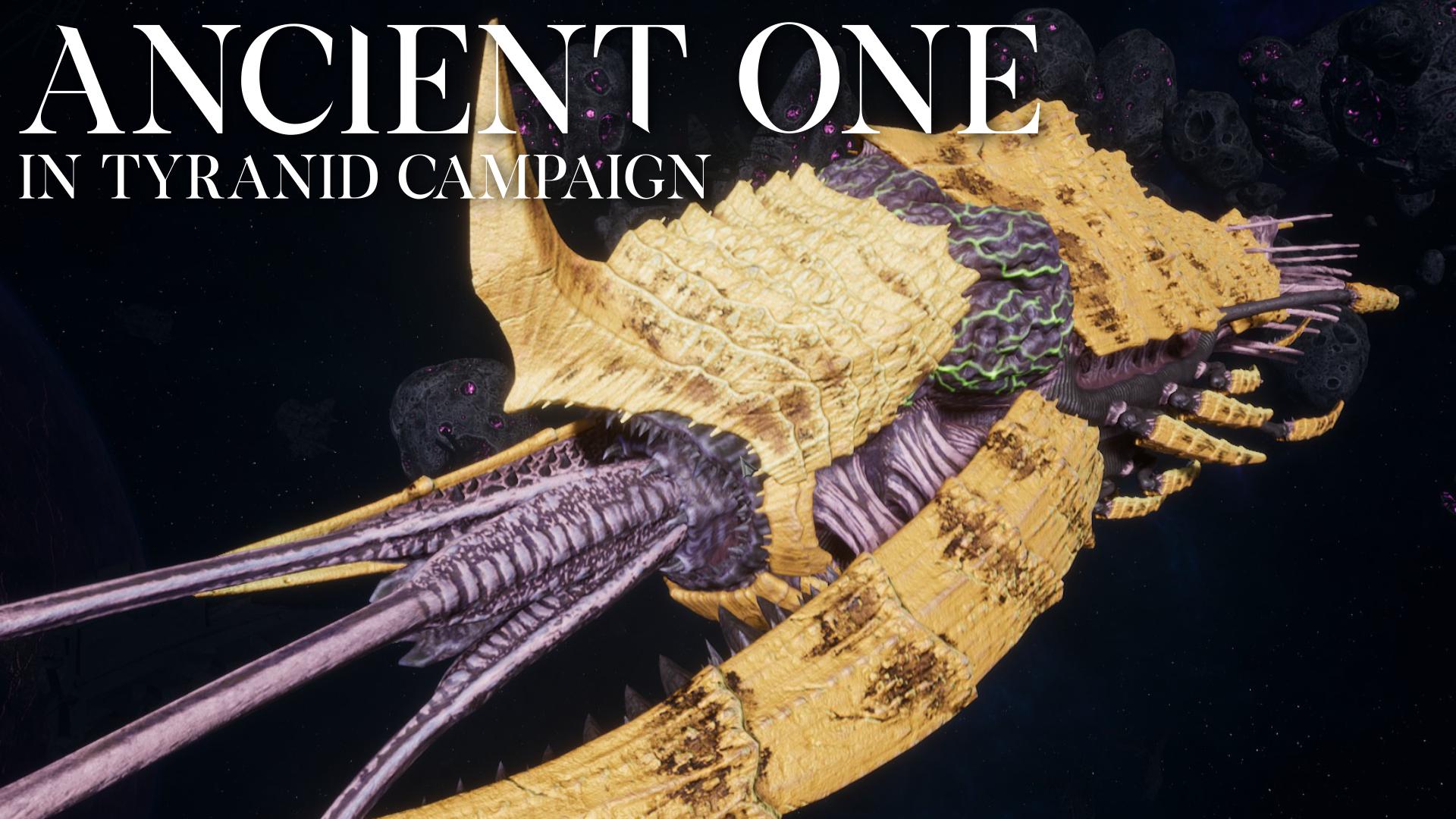 I've made a simple mod that allows using Tyranid titan "Ancient one" in Campaign, outside of special missions. Modded titan has some additional perks and weapons.

Please note note that I didn't playtest whole Tyranid Campaign, something might be broken somewhere.
Also, if you are playign against Tyranids in other campaigns you might encounter this modded Ancient One (since it's a battleship).

This mod is not compatible with any other mods that modify ships and stats.

This mod was possible thanks to this thread from @PistonMiner
https://forums.focus-home.com/topic/36123/modding-resources

After playing roughly half of tyranid campaign I've learned 2 things.
a) this mod actually works, haven't noticed any issues
b) Titan with ramming damage immunity is extremely OP.

Also, ordnance has a hard time getting back inside, Ancient One must either stop or move in a straight line, otherwise fighters won't come back.

Wouldn't it be better to give the Ancient One as an unique ship like the Gloriana in the Imperial campaign?

Wouldn't it be better to give the Ancient One as an unique ship like the Gloriana in the Imperial campaign?

It would be much better, however my knowledge about modding this game is not that extensive. I'm not sure, if it's possible to modify campaign to give player a certain ship.