No EXP Earned At End of Any Matchs
This topic has been deleted. Only users with topic management privileges can see it.
V
V
Volks Reply Quote

I have gotten the game since launch and I did not realized that I have not been getting any EXP at all so I can't get any cosmetic items. What is the cause of this issue? I played in all game types and still not getting any EXP. I'm still Level 1 even after 30 hours.

@Volks said in No EXP Earned At End of Any Matchs:

last edited by kanneltaja72
I
I
Iceman259 Reply Quote

Also having issues with XP. Not sure if it's actually not awarding or just displaying wrong though. 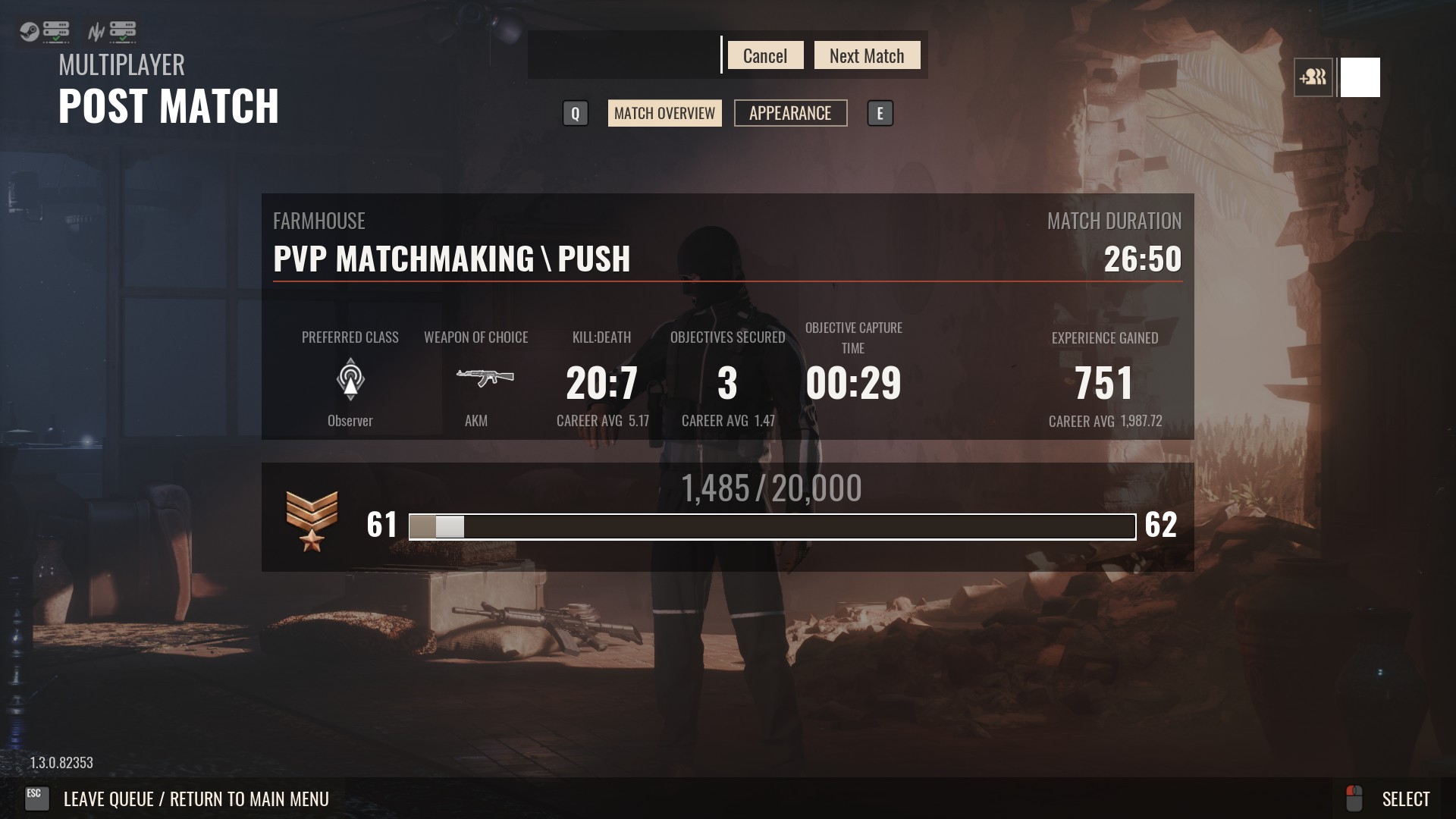 @Iceman259 As I'm stuck around 360 instead being around 375 by now (approx. rate of leveling up during 3 days on previous versions) , it doesn't just display wrong results.

The game award system has been totally nerfed.

I got appr. 150 EXP after 45 minutes of playtime and losing due to inexperienced teammates, as game is teaming me up constantly with level zeros in this version. Matchmaking is worse than ever.

The previously introduced Outskirts map is over-represented in the roster, but I couldn't play an official coop match on Ministry since release date. Not once, none at all. Obviously it's only playable on community servers.

As a result of these new issues, this is the second time I deleted this game from my computer and won't reinstall it until the next major update, to test if it's worth my time.

The current development of this game feels all too unprofessional. Were it a movie, I would categorize it somewhere between "B" and "released for VHS".