Gun/Weapon Suggestions and Ideas.
This topic has been deleted. Only users with topic management privileges can see it.

The Alpha AK is not the same thing as the AK Alfa. The two don't even look alike, and the AK Alfa looks nothing like what we have in-game.

The "Alpha AK" isn't an officially classified thing, but is generally used to refer to a heavily modified standard AK, usually an AK-74, inspired by the custom weapons used by Russia's Alpha Group. Officially FSB Special Purpose Center Directorate A: "Alpha Group" is in many ways the Russian equivalent of the US Army's Delta Force.

Larry Vickers seems to be largely responsible for coining the term after talking about rifles he saw on a training expedition with Alpha Group. You can watch him walk through his setup here:

Yes Directorate "A" is the official name. The Nato phonetic alphabet uses alpha for a. People who dont speak English often use the Alfa spelling instead of Alpha to clarify the pronounciation, for example russians.

"AK Alfa prototype rifles were first shown in 2016 during international exhibitions (ShotShow in USA and Eurosatory in France). This was under the brands of ‘Kalashnikov USA’ and ‘Kalashnikov Israel’. In the American market, the rifle is known as ‘AK Alpha’."

My point in the last post was that these current prototype rifles have parts from both east and west, Russia and Israel -> And unless the game tries to depict an actual ongoing war (which it does not seem to do as it would be disrespectful), there is no strictly right or wrong weapons for any side, as it depends on whatever deals current arms manufacturers have made with the sides in any given war (who makes more money on extended wars and equally strong enemies, while trying to handle their official reputation - haha), and also weapons can be resold, stolen..etc.. - You get the picture.

Here is some further clarification of the fkng name:) Both talking about caa but with different spelling:

Regardless of what could make sense for each side to use within the story line as we know it, I think it's pretty clear what the game devs were going for with the Alpha AK.

And what point did I miss specifically?

You mean the Alpha ak in sandstorm released 2018 is inspired by the fsb alfa ak mr. Larry saw on his expedition year 2015 or before (video from April 2015 and your tactical life magazine article from 2018), the inspiration or marketing idea for later versions made by Israel/US introduced to US and European markets 2016, therefore referring to a different version of alfa ak that was manufactuered earlier?

I was just trying to clarify here, and dont think it is very obvious from a fandom website mixing shit together as the official site has little info on what NWI meant and the release info from November 2018 introduced the gun simply as Alpha AK=D Maybe NWI dont spend a fkton of research and just try to add some cool stuff (using prototype/military graded weapons gives some freedom, when it comes to design there is a lot of versions)?

@MAA_Bunny nobody mentioned it but FAMAS is also incorrectly attributed to FN in this list. My 2 pennies.

Ok. Thanks for explaining. "Proxy war" seems like the case. I'm okay with that.

So -- just for the record -- no Russian guns for Security (Versus) in near future, right?

Still not clear why there's Russian Flora camo in Security equipment. Kinda "out of place", considering we'll not see Russian guns for Security (versus).

And what point did I miss specifically?

Are not the same thing. They're not.

Furthermore, as far as I can tell CAA's AK Alfa was marketed primarily at the US civilian market, making its appearance in a Middle East war tenuous at best. It also looks like CAA's primary manufacturing partner, Kalashnikov USA, has canceled the project. It doesn't look like it will ever be more than a prototype.

So -- just for the record -- no Russian guns for Security (Versus) in near future, right?

Still not clear why there's Russian Flora camo in Security equipment. Kinda "out of place", considering we'll not see Russian guns for Security (versus).

Only a Dev can answer that with any authority. For now, we just get to make guesses about the story, setting, time, and location based on what has been included in the game.

For now it seems that Security is some local force like the Iraqi Army or Kurdish Peshmerga supported by the US, UK, Canada, and Germany while the Insurgents are some non-specific insurgent fighters backed by Russia.

Russian uniforms available for Security is a recent change. Maybe it means the previous assumption of sides was wrong? Maybe there are local forces in the region of conflict using Russian camo that I'm not familiar with? Maybe I'm just reading too much into all of this?

Yes, browsing the weapons marks it as cancelled, just want to further pressure, as you have mentioned yourself, it is not talk about 1 particular gun, but several prototypes with a lot of different possible attachments, both in polymer/plastic versions chassis and metal/wood looks, therefore visual inspection alone may be difficult, as there is not many pictures of reference points and no official sites giving a track record. In other words, the picture you compare the in-game version with, is just one of many possibilites - And to be frank, they are not way off in looks..

Keep in mind, stocks, sights, materials, etc are all interchangeable within versions of the prototypes.

I would say it looks like they went with an earlier prototype in game, but not gonna speculate as Im outta juice on this subject!

@Pacalis You're not a gun guy are you?

CAA's AK Alfa is a canceled civilian marketed, civilian designed, and civilian manufactured variation of a Russian civilian export rifle. It is not, in any way, a military rifle. Since every other weapon in the game is a serially produced firearm with documented evidence of use in the Middle East, the chances of the "Alpha AK" in game being CAA's AK Alfa are exactly 0%.

Further - the model of the Alpha AK in game is pretty clearly an AK-105 (or AK-104, but the mag is wrong) that has been outfitted with a Zenitco B-30 rail, SRVV side-folding stock adapter, Tromex extended charging handle, and Krink flash suppressor. These are all real AK accessories in use around the world. Many of these parts are very difficult to get in the US, but are easily sourced by the Russian military and known to be used by Russian special forces, and specifically Alpha Group.

It is not, in any way, a military rifle.

Sigh. You even read the links posted?

(I posted the link twice here)

What weapon is branded as Alpha Ak in the game I have no clue about, I just talked about the Alpha/Alfa Ak and the information on those. I never claimed I know what inspiration or parts NWI chose to use.

Here is the last trace I found of the specifics on Larrys AK sold for $4,130 this year:

Sigh. You even read the links posted?

I did! I've found no evidence that CAA actually seriously perused a military version and even less that any military seriously considered it. Kalashnikov USA does not have a good reputation, and seem to have a hard time turning anything they make into real products past the prototype phase. My guess is the "planned" military/LE version is nothing more than a PR gimmick to try to drive US civilian sales or to make the company sound more interesting to investors.

Good news we have The Galil and Galil SAR coming probably next update, and holy hell you must really love bullpups 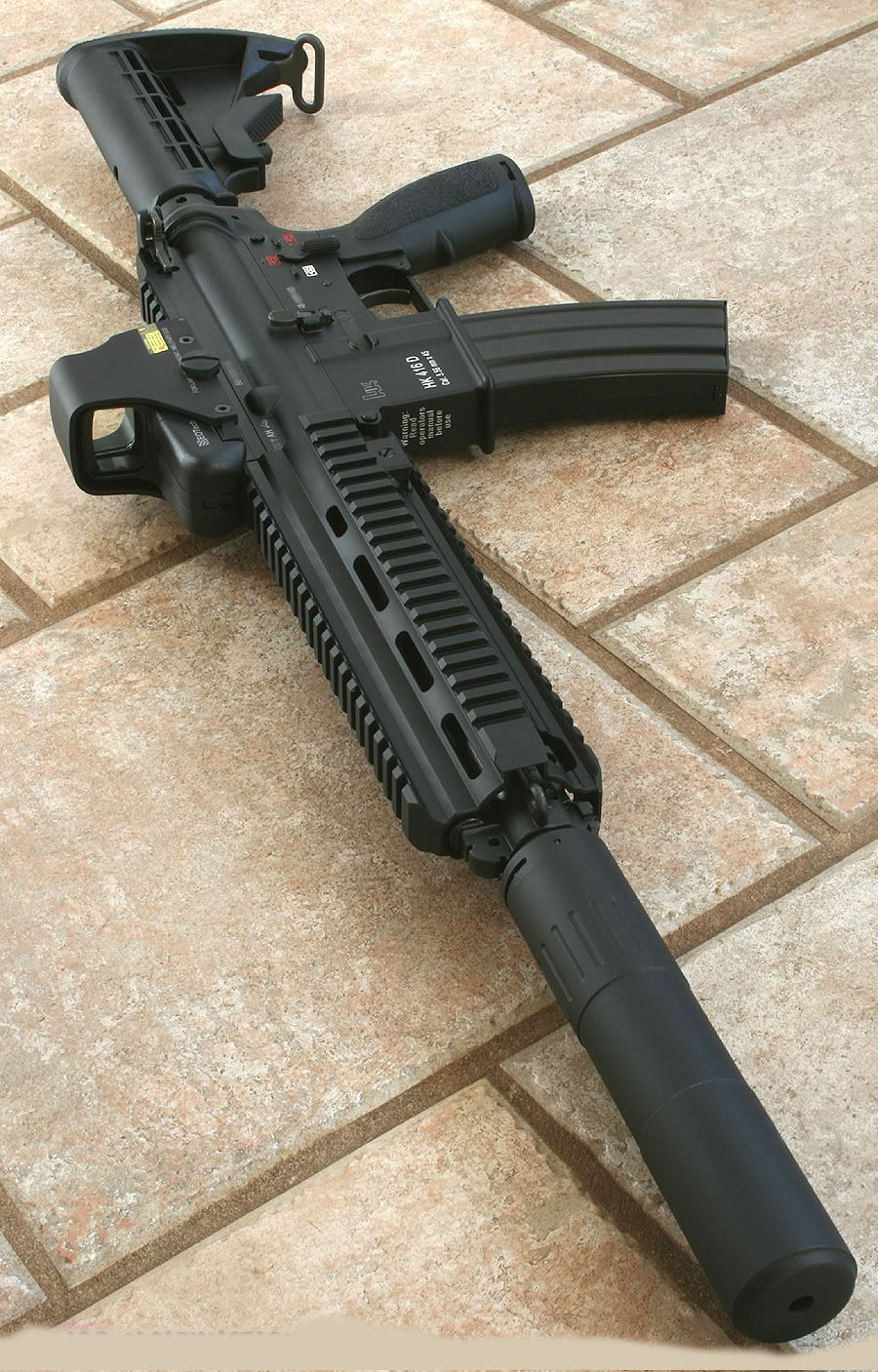 @TH3REDSP1R1T I knew i was forgetting something. Haha thank you, yes i would love this rifle in the game.