BluTracking device
This topic has been deleted. Only users with topic management privileges can see it.

What does it?
Blutrackers show friendly units in your vicinity on a small map, similar to gps, but with friendly indicators on it.
Depending on settings you can zoom in and out of your map, to better see bundled up groups or spread teammates further away.

How would it look like ingame?
Standard view (overview) 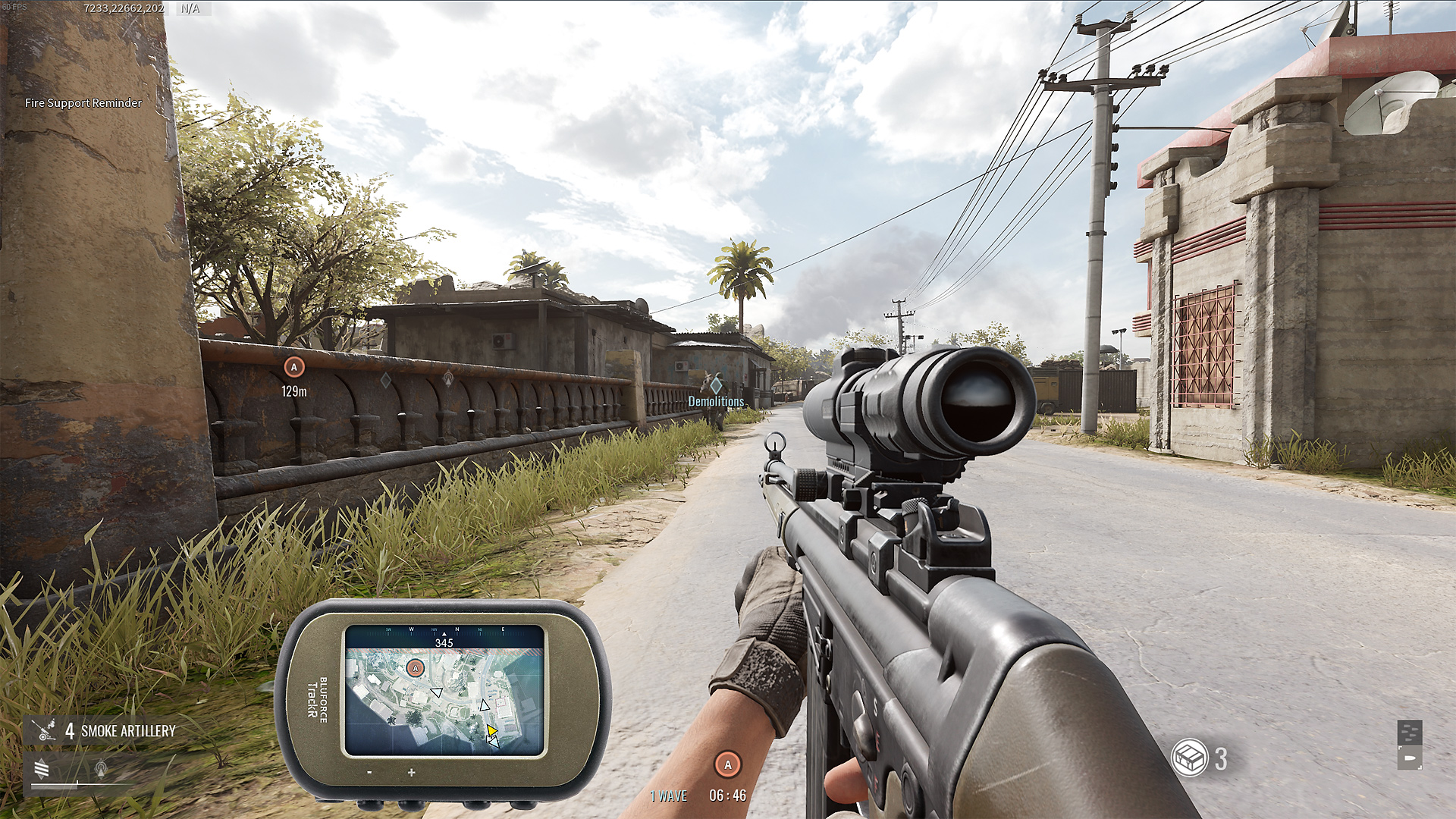 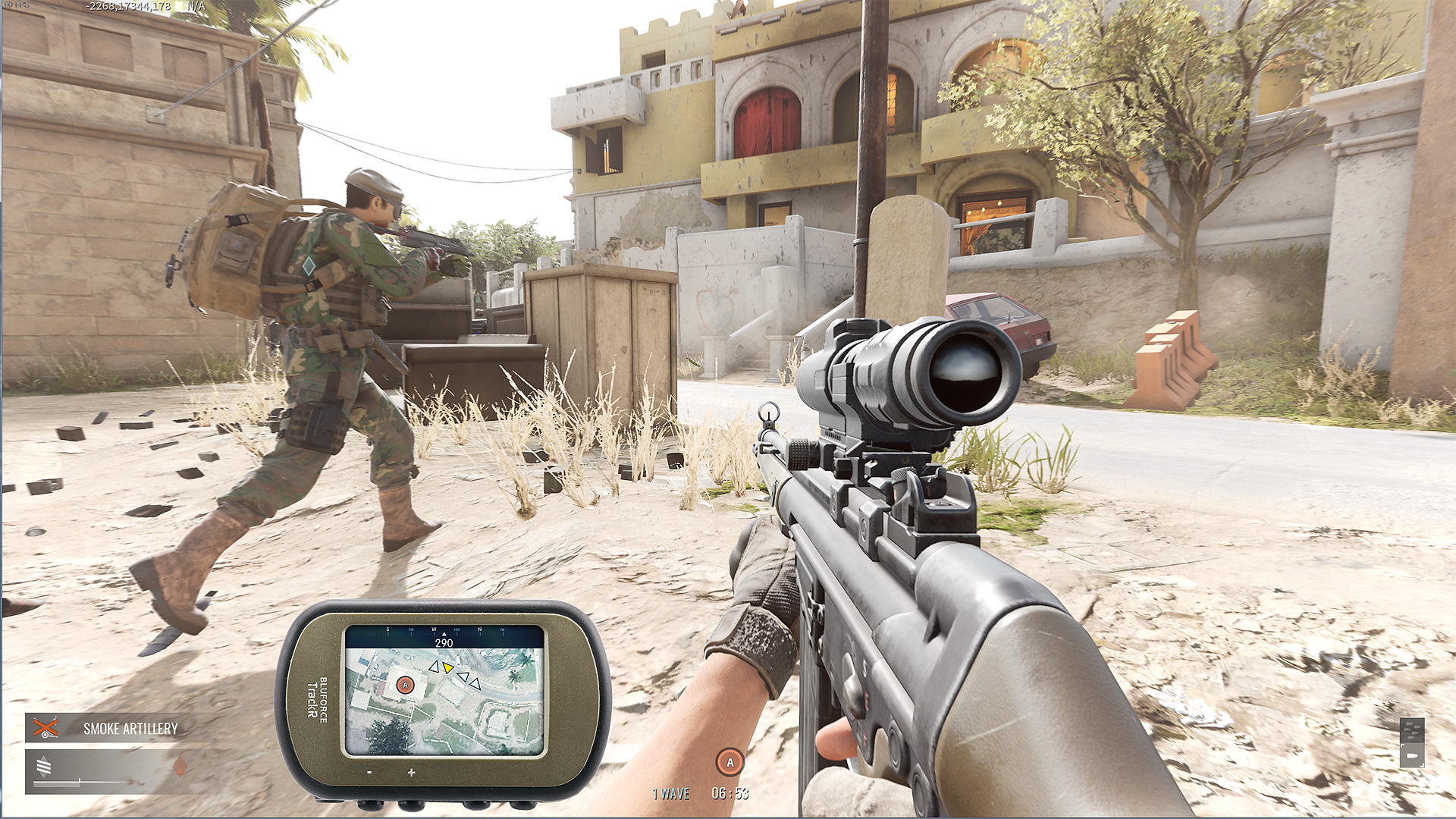 Why wouldn't you use the standard map?
The problem with the standard map / tactical map is, you don't see it all the time, you have to click first. This isn't the best option within firefights and it's certainly not very clever to get out of your situational awareness (SA) to get more SA

Furthermore the game map doesn't have a way to zoom in, so it's quite useless for coop-formations and your close SA.

So what advantages would a BT bring into the game?

Balancing
This idea is mainly for coop, where balancing isn't that important.
But if you have to, this device could cost supply points.

Give examples of better gameplay!

Sure, you can communicate a lot of those things, but if you have been in a firefight in ISS before or on discord with 7 friends, you know, it's not working. To much noise, to many mates shouting over each other, pure chaos. And so you could concentrate to your 12, always ready for contact. It's a little bit sophisticated and Sandstorm is displaying syrian fighters with relatively old equipment, but perhaps the advisor was so nice to get some shiny new stuff for his friends, I don't know, it would fit in well imo.

Idea?
Not mine. We used similar stuff in ArmA (DAGR, ShackTactical etc.) and it's certainly known from other games I don't remember now. In all those games it enhances SA and improves realistical gameplay aka moving together in formations. Formations are not that important for ISS, but it improves tactical gameplay if playing with more than one team (e.g. 2 x 4) and it simulates this "knowing" of the whereabouts generated by peripheral view, little noises (clothes, small metal thingies etc.) and this 6th sense we all still have if predators are around.

So what do you guys/gals think?

To be honest i don´t like such minimaps but i am sure there is a big request for it inside the community.
So yeah why not ?
As long as you can toggle it on/off it would be a cool addition to the game and help players to analyze the situation and may be even prevent teamkilling.

The yellow arrow indicates your own position. Whats wrong in knowing the postions of others in your team ?
May be you can select by keypress if you want to see the others too or just yourself on the whole minimap !?

Yeah, some sort of situational awareness display. Quite common in milSims and it's a thing in reality too. Germans have it as a part of IdZ (Infanterie der Zukunft, future infantry) concept, some other armies are already using it.

As long as you can toggle it on/off it would be a cool addition to the game and help players to analyze the situation and may be even prevent teamkilling.

That's the purpose: Know where your teammates are in relation to yourself, so you can use proper formations for tactical teamplay.

Good point, but it's difficult to integrate this rose into a minimap-device. In my experience it's okay to know were sounds come from, after a while you know that the boundaries are behind you.

That's due to the semi realistic approach of ISS: A minidevice had to be sturdy (usage, battery, etc.) and there should be some sort of disadvantage as well (little bit of balance). In reality you would probably have such a device on your forearms, but I don't know if this would be possible with the game engine.

Literally half of this community has never played NWI’s other games, how they develop their games, or is just so blinded by bullshit. This is fucken insurgency, if we add this then next we should add in a crosshair, then hit markers, then have your magazine count stay on your hud all the time. You want to know why NWI doesn’t fix all the problems we tell them. Is because shit posts like these who are trying to change the core of insurgency make it so none of the devs want to be infected with more cancer from this forum. Go fucken play or read and reviews on insurgency 2014 and see how that game was praised for minimal hud and how it doesn’t hold your hand in any way. Maybe then you will figure out why this game isn’t call of duty battlefield 69
Also you already have a map PRESS FUCKEN TAB. Unless your blind or don’t even have basic tracking skills with your eyes then you should easily be able to tell where you and your teammates are. Also no one does any formation in insurgency. When you can dolphin dive 5 meters while sprinting with 10 pounds of shit and when AI is about as bad as aids, there’s no point in doing formations. You want that then go play arma with some mods and download some missions. This isn’t a mil-sim game, this is a hardcore seim-realistic game that focuses on the fear people get in war

@burntf1ames
Well ... thanks for your input I guess