September Community Update
This topic has been deleted. Only users with topic management privileges can see it.
U
U
Unster Reply Quote

@zamal Hmm, not sure what you mean about the camera controls in ST, but this is off-topic here, so if you want some help PM me or ask on the Oovee forum.

@deathcoreboy1 OK that makes sense now. I was puzzled by your comment especially since the road texture was improved recently.

for now im on SR train

I'm too, but not exclusively. I'm on the ST train as well. It will be interesting to see these two compete. But as far as ST vs MR, in my view ST now has MR beaten, especially now that ST supports separate USB devices such as my manual gear shift, and MR no longer has any major advantage over ST, unless slipping on the AW roads in American trucks is your type of thing. 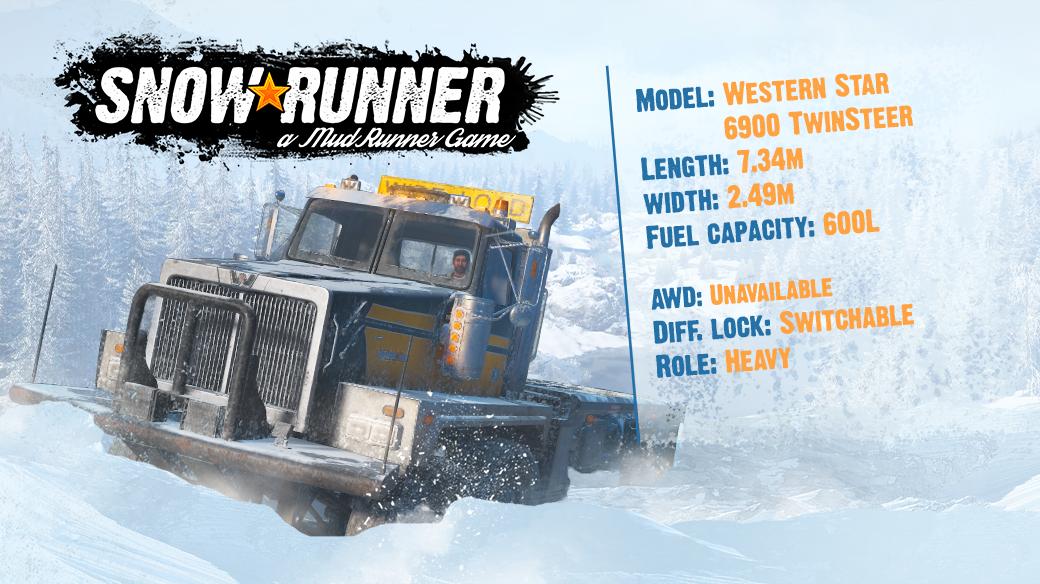 @Stazco Hmm, where did you get this, Twitter? I haven't seen an update on this truck here. I agree this should have AWD. It doesn't make sense without it.

@Stazco strange, im pretty sure in leaked screenshot it had awd turned on so maybe its mistake on their part 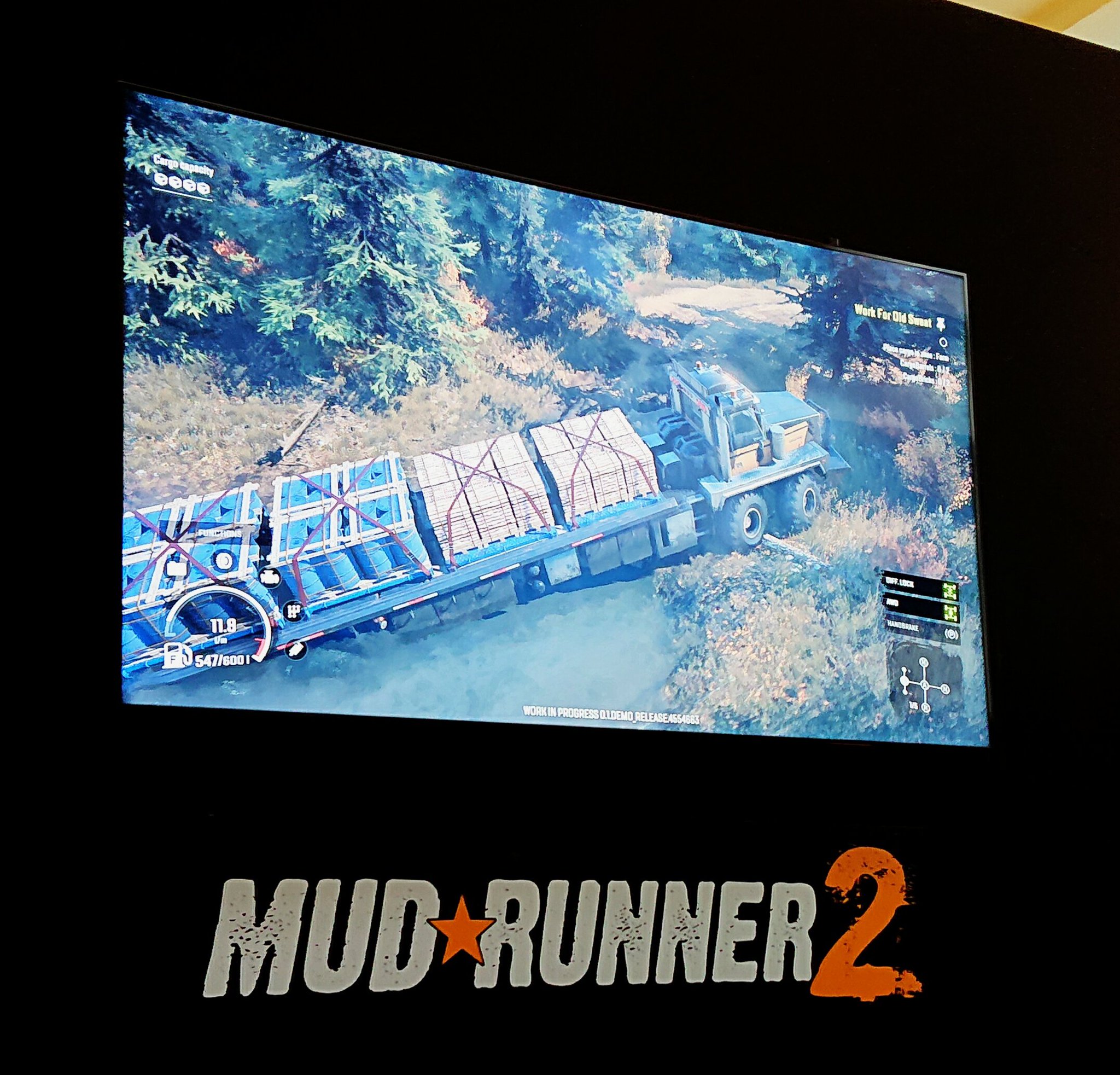 @zamal It could be, especially if these presentations are made by someone who doesn't really understand the game. Some trucks in the game have permanent AWD, but in the UI it'll show as N/A, as if it's unavailable. They should fix this display issue in SR.

And speaking of not understanding the game, as someone already mentioned after the screenshot above was posted, that cargo is tied down in a very incorrect way.

And the devs still haven't fixed the FWD on the Chevy Napco truck, even though it was mentioned by people here and it's an easy fix. With all this, I sure hope the SR train doesn't crash & burn into incompetence. At least there's ST.

I think it's much more likely that the game has changed since that presentation.

@zamal
ITS 8×8, AWD IS STOCK! On artwork (twitter with tiny text) you cant see even the number of axles.
But we have this MAGIC diff lock, which locks ALL!! driven axles and all driven wheels. This diff magic is stock on most mr and sr trucks but in rl there are a COUPLE of vehicles with such complete diff lock. So it just a arcade cheating((

@Stazco air lockers have been a thing for a very long time. I always assumed that the vehicle of mr used air lockers since you can activate/deactivate them seemingly at will

@kingnightshadow
Its mechanical, complex, heavy, expensive. You can have it according to vehicles (max) specs or you just cant at all.

Hopefully they just made a error. It'd be terrible if this huge truck wasn't a 8X8.

I wonder if the axles are going to be legit, or are they going to be like the western star 2wd axle with a differential stuck to it lol.

Looking forward to drive these trucks

Hopefully they just made a error. It'd be terrible if this huge truck wasn't a 8X8.

Maybe it's the fifth wheel that is not driven? Or the steering wheel? 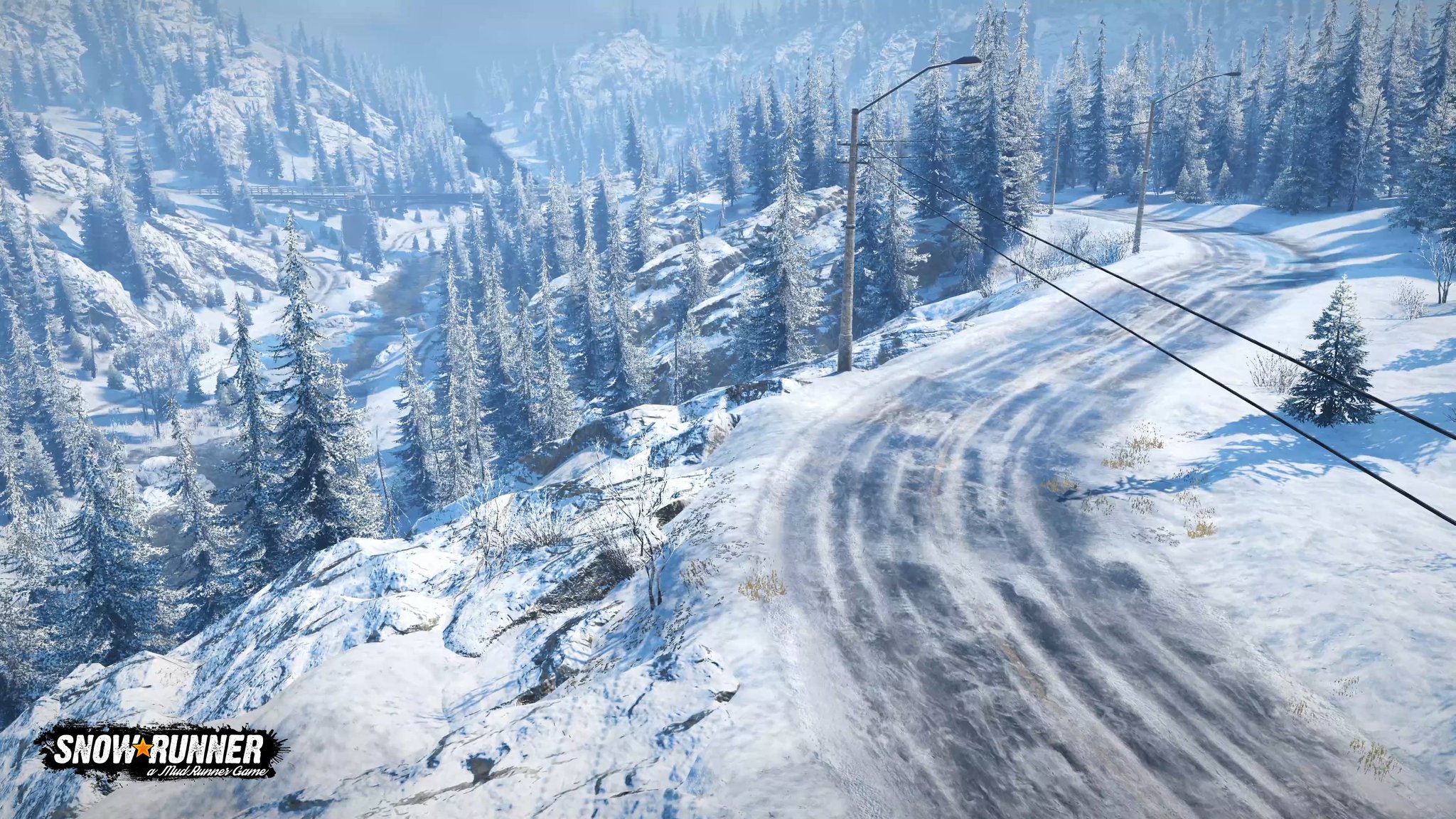 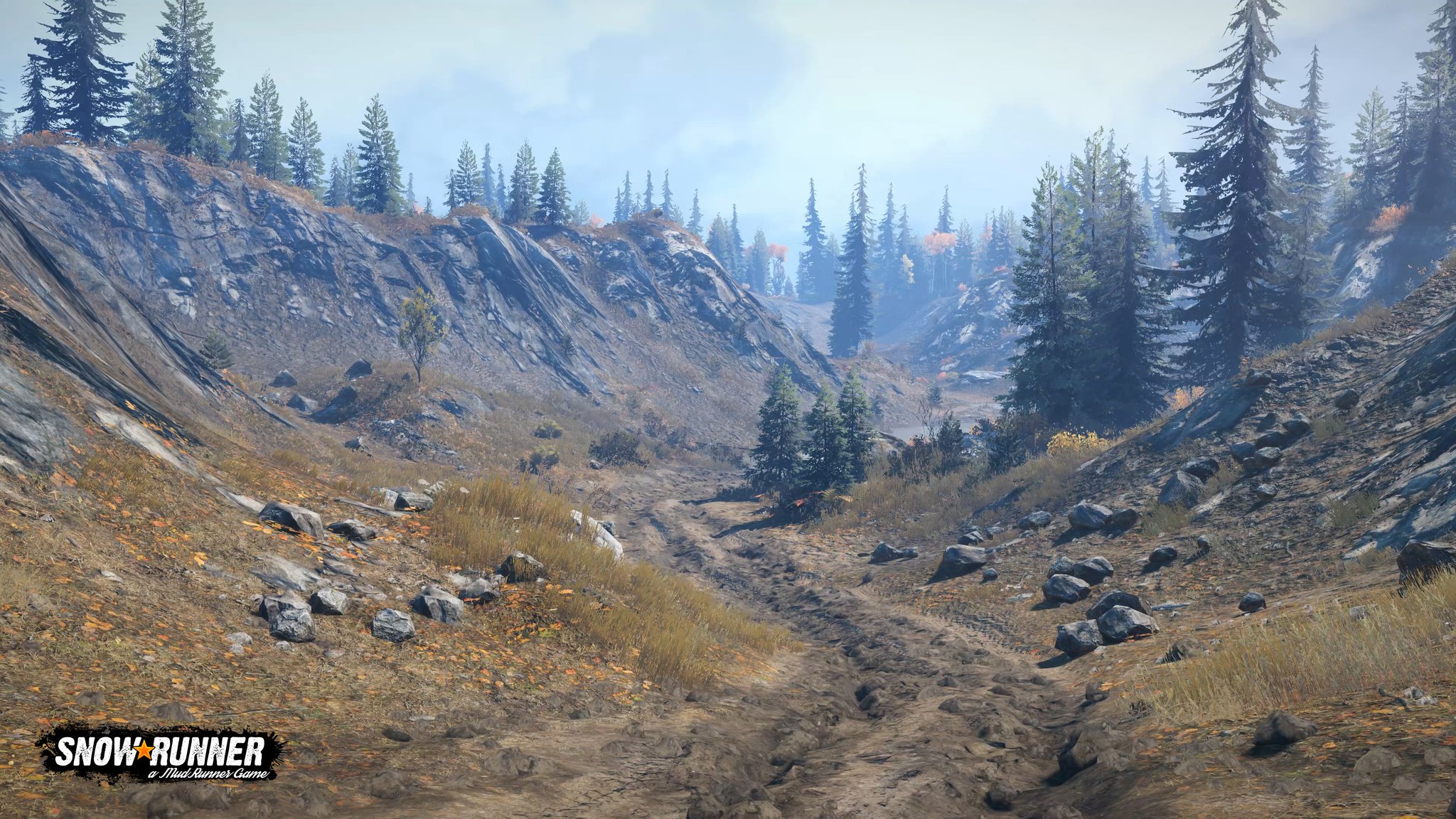 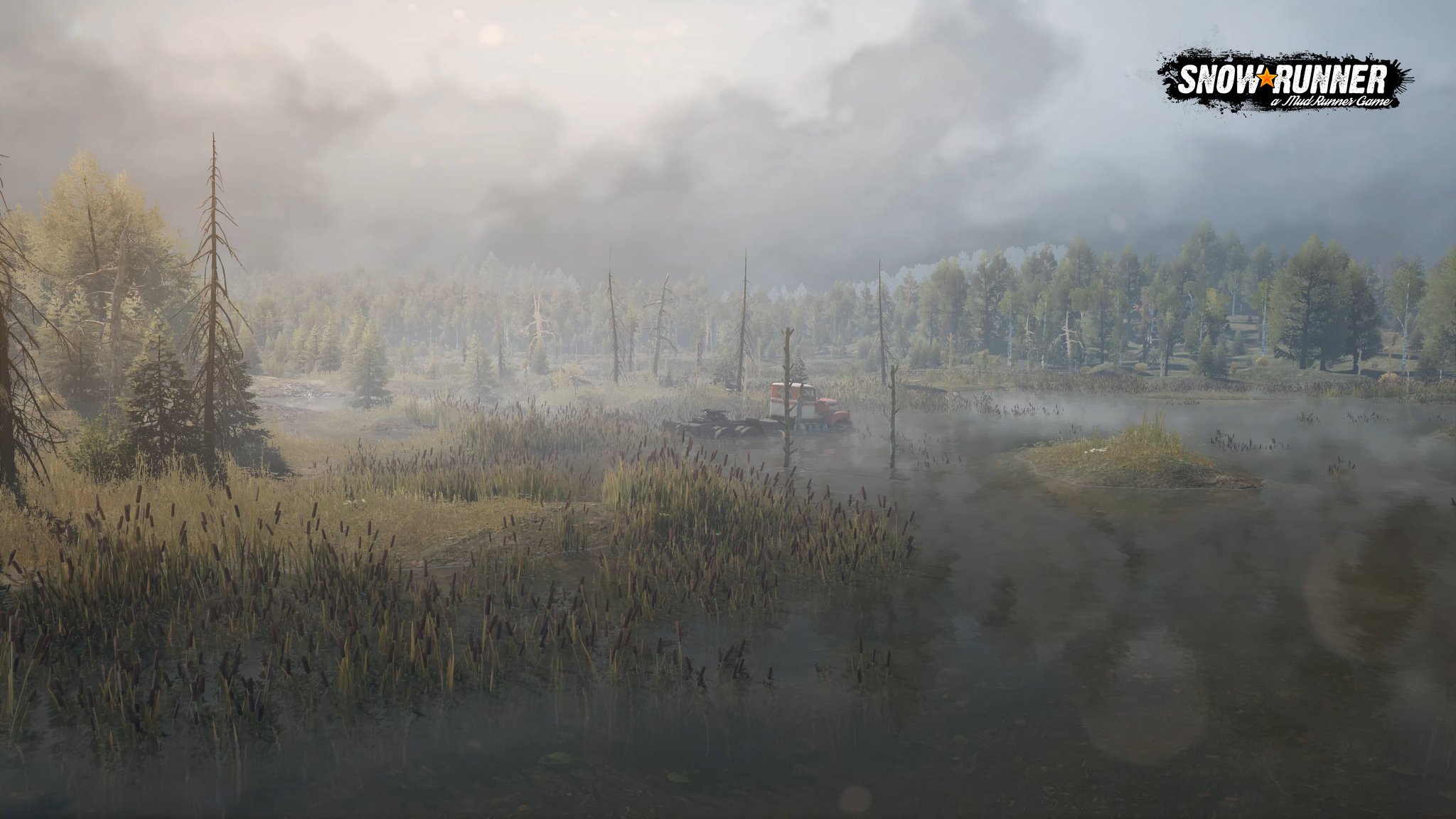 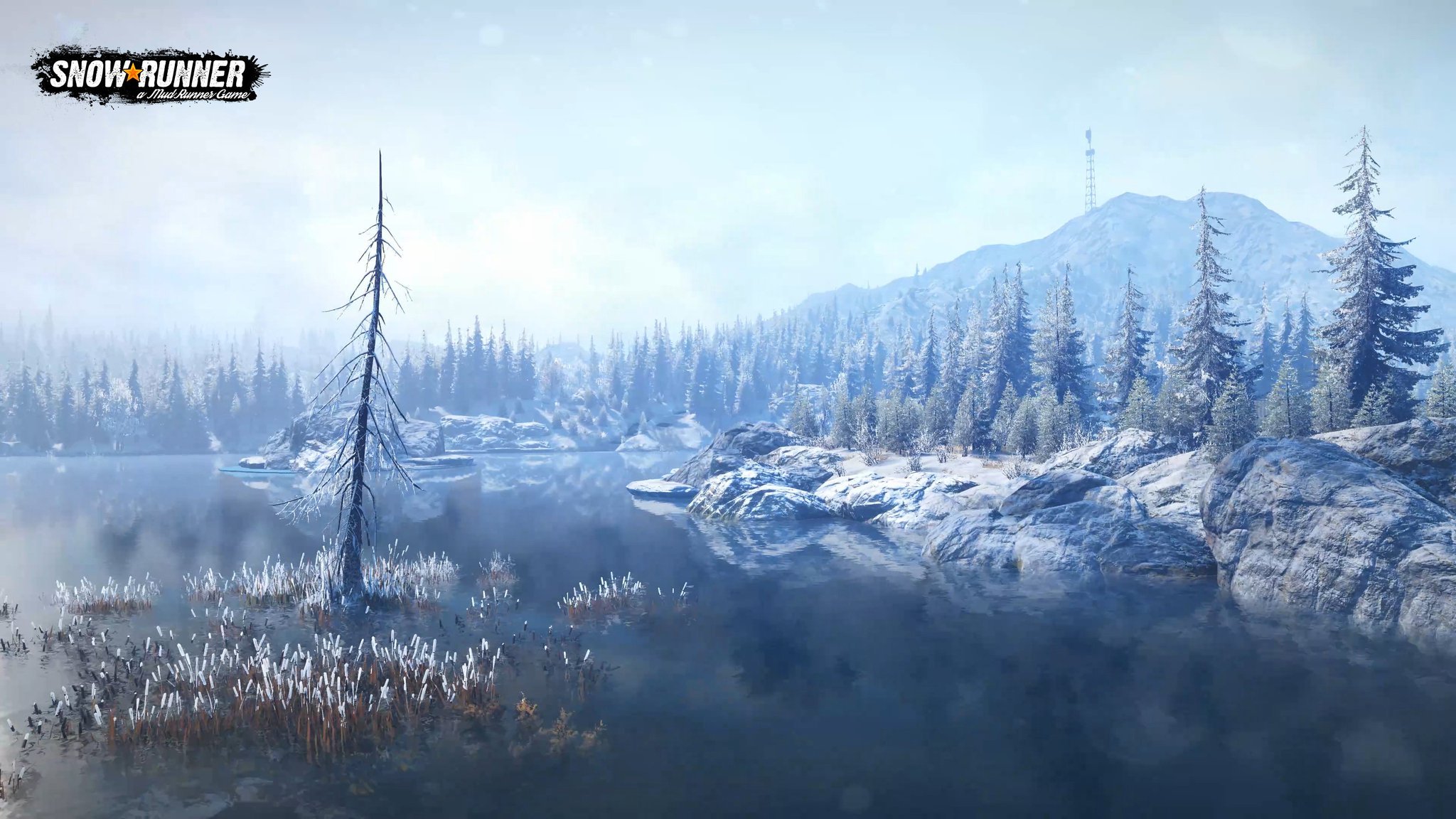 Russia, but both look equally beautiful!!
Great job, and thanks so much for these!

Do have one question though:
I see that on the 2nd picture the sun is shining (sharp shadows), and I'm just wondering – will we also get visually blue skies, not really obstructed by clouds all of time? Thanks again!

Russia, but both look equally beautiful!!
Great job, and thanks so much for these!

Do have one question though:
I see that on the 2nd picture the sun is shining (sharp shadows), and I'm just wondering – will we also get visually blue skies, not really obstructed by clouds all of time? Thanks again!

Would be nice but it probably depends. I always seen the cloud cover/fog as something that's there to help to with rendering and such. You see what's referred to as "pop in" in other open world games, like the example I always go back to, but hey it has all the problems (lol), GTAO. Sometimes you can be driving a car and just see things pop in from out of nowhere.

I'm only guessing here now, so don't take it as fact, I'm not a programmer or nothing. But I would guess a big purpose of the fog is to obstruct items in the distance. It's a lot easier to create a outline or a shadow then a fully detailed item. So with the fog the game can focus on rendering the surroundings close to the player, while gradually getting other assets ready from behind the cloud of fog.

Again not saying I'm right, but this is just my guess as to why this game always foggy.

Ah memories of turok dinosaur hunter on n64... I enjoyed the atmospheric fog.

Which bothers me the most is that they announced weekly updates with trucks and they don´t go the way to present them here in the forum.

Istead you have to look on the f+#%§ing UNsocial-media networks to get news. What´s wrong with you guys?
Luckily the community is very helpful and post the links from the wrong information platforms here.
Big Thanks to all of you guys.