Cargo phasing through trailers - looks like progress!
This topic has been deleted. Only users with topic management privileges can see it.
G
G
grimdanfango Reply Quote

Well, I gave the test server a quick try-out, with a fresh save. Zipped through the tutorial, grabbed a crane for the Fleetstar, put a low saddle on the GMC*, and went to test out the truck-to-truck loading on the pre-loaded semi-trailer in town. (* The naming on all the upgrades and trailers is completely screwed at the moment. Had to install a "Dangling bucket", and apparently this is a gooseneck trailer now. Also, sidebed trailers are now trains 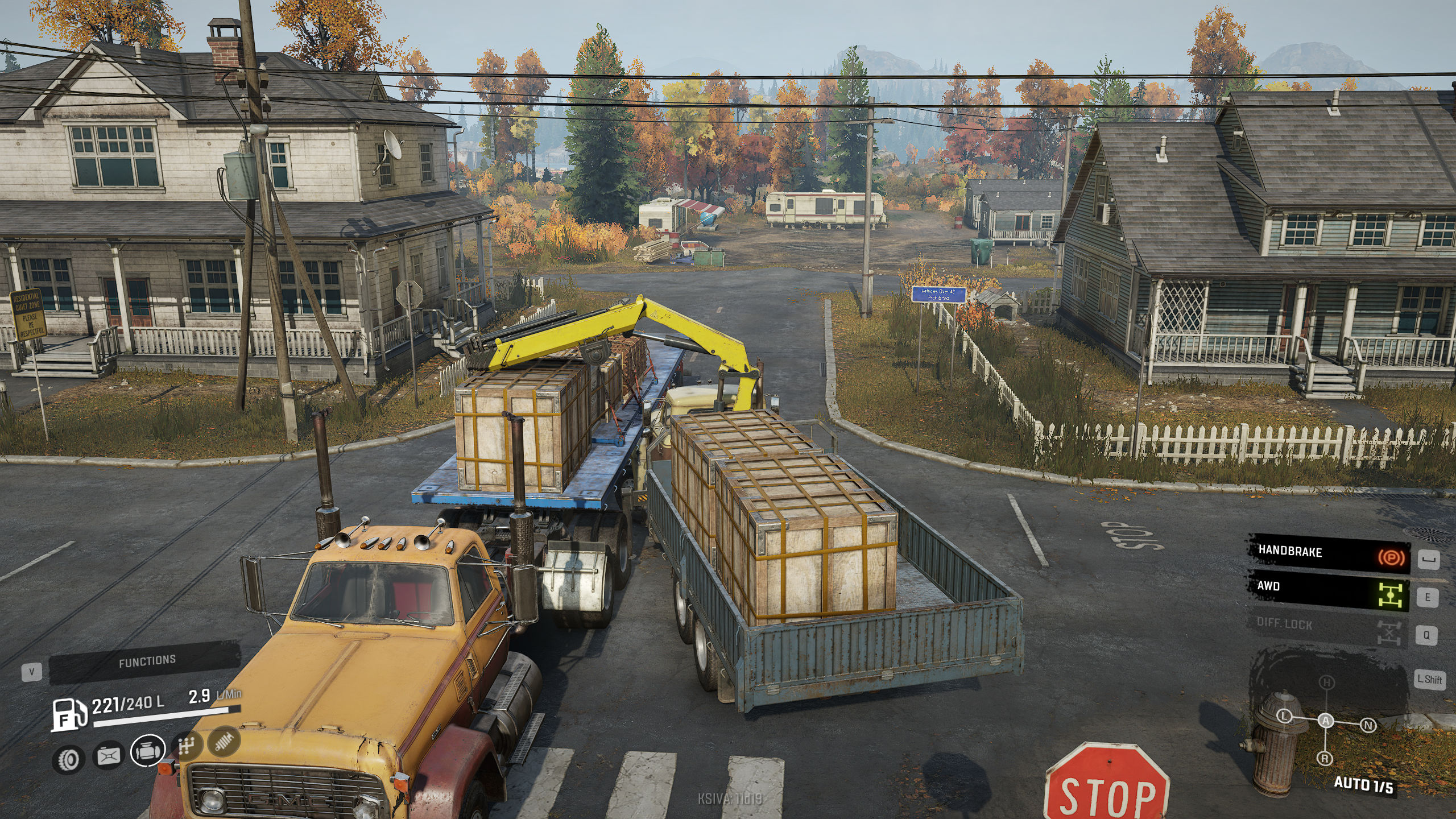 ^ This is with all cargo unpacked - First I rearranged it all a bit, bunched three of them tightly up against each other on the semi, and threw two into the sidebed. Then, without packing anything, I jammed the Fleetstar into the side of the semi-trailer, extended the anchor (which embedded itself partly in the tire of the GMC), and then shoved the crane into the top of one of the loose cargo items.

I switched back and forth between the two trucks several times, packed and unpacked a couple times each, and not once did anything drop through anything else.

Seems promising! This is but a single test case... so I suppose it could just be a sheer fluke, but hopefully not. Can anyone else rig up some extreme test cases and attempt to confirm?

Messed around a bit more. Left both trucks shoved as close together as possible, crane literally pushing down on the loose cargo, making the trailer lean, then switched away to my Chevy in another part of the map, drove that over to join them, pushed it into the middle so it was touching both, then jumped between each truck a couple more times. Switched away to the garage, switched back again. Repeatedly, no cargo dropping through anything.

The only glitch was loading the game back up to begin with - the "STOP" sign on the corner respawned intersecting with the sidebed, as I'd parked it back there before exiting. That caused the truck to jitter around a bit until I drove forward a little and it fell to the side. That's clearly a different issue, and pretty minor really.

@grimdanfango said in Cargo phasing through trailers - looks like progress!:

(* The naming on all the upgrades and trailers is completely screwed at the moment. Had to install a "Dangling bucket", and apparently this is a gooseneck trailer now. Also, sidebed trailers are now trains )

I hate to think they haven't noticed this, but my menus are the same. I haven't seen a bug report on it till now. I was really curious about the dangling bucket too. I'm sure its in there for a reason, even if it is incorrectly labeling the saddle low.

@Mason1327
Oh yeah, it's so blindingly obvious it doesn't really seem worth making a specific bug report out of. Was just amusing to make fun of until it's ironed out.

Edit: In fact, a new patch just dropped on the test server, and it looks like both the weird naming and flickering terrain rendering have both disappeared. Along with the phasing cargo issue being sorted, multiple save slots, and the rest, things are looking promising for the 5.x patch, whenever it lands for the Live branch.