Truck unusable after transit between map NOT OCCURING PTS 6.2
This topic has been deleted. Only users with topic management privileges can see it.
R
R
Raphael Reply Quote

Save file from 4.1
Coop: not the host

-Switching from Drowned Lands to Quarry while towing an other truck (both truck were mine).

-An other player was following me we switched zone he didn't wait till i get out of the spawn zone.

-There was already a few truck on the other side with collision disabled so far so good.

-I moved my first truck out of the zone then i tried to move the second one but was unable to jump in that vehicle and the map showed that i was present in too truck at the same time.

An other exemple in PTS 5.4
https://streamable.com/0wphkh

Yellow icon(DAN) me inside.
Green icon (Freightliner 114SD) where no one was inside. Have you tried towing it out of the zone?

Yes i already towed the truck after failing to enter it was still impossbile to enter.

After 5.4 patch i come across the same problem again but this time as the host.
I was towing the vehicle behind me used the tunnel and was unable to switch to the truck i was towing.
Only way to switch again was to go back to the main menu and load again the save.
https://streamable.com/0wphkh

I experienced same problem in the actual version of Test Server and in the Real Game, but in my case both of my problems in Island Lake.
Today as guest in an online match i've enter Island Lake from the dam towing other's player chevy with my white western, as soon as i crossed the tunnel the chevy was blocked for me like if there are other player inside (looking at the map appear that i'm inside the chevy and the wws at the same time) 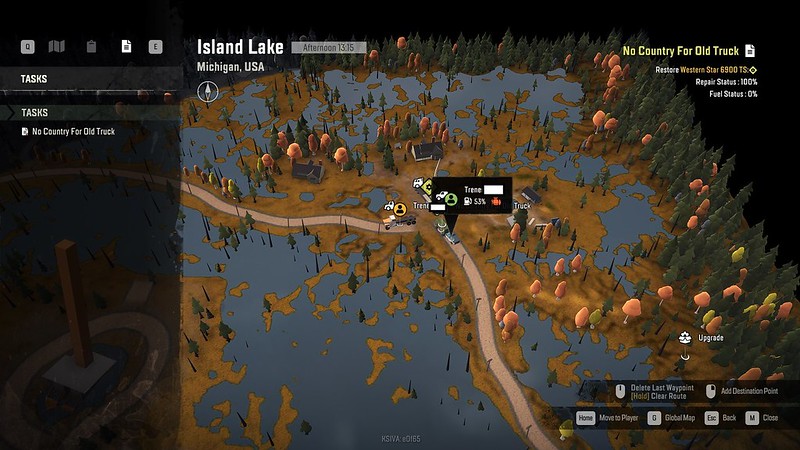 I've had restored the wws to the garage and store it, but chevy was still locked. 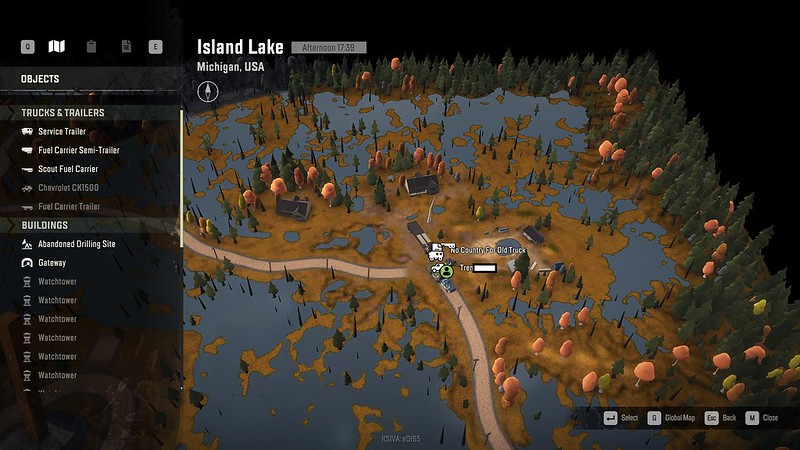 The other time that happen to me was playing the actual live version(4.10) with a friend (My friend was host), we were both driving and towing another truck(in total 4 trucks 2 from him and 2 from me) and we cross the tunel( while towing the trucks) from the Dam to Island lake and the towed trucks had locked when they appeared in Island lake (We cross the tunnel in turns and clearing the path for the other).
We try to change to the other locked trucks but his truck and my truck were locked for both.
We try to restore the other trucks to the garage and change to the locked ones in the map but didn't work, so we finish the online session and my friend tryed in the offline, and in offline mode his truck wasn't locked.
I'm sorry but in this case i don't have captures.

Hope it will help.