Spare tires not the same size.
This topic has been deleted. Only users with topic management privileges can see it.
I
I
idiocracy Reply Quote

It only has 1 tire size, and the spares are much larger, doesn't make sense. 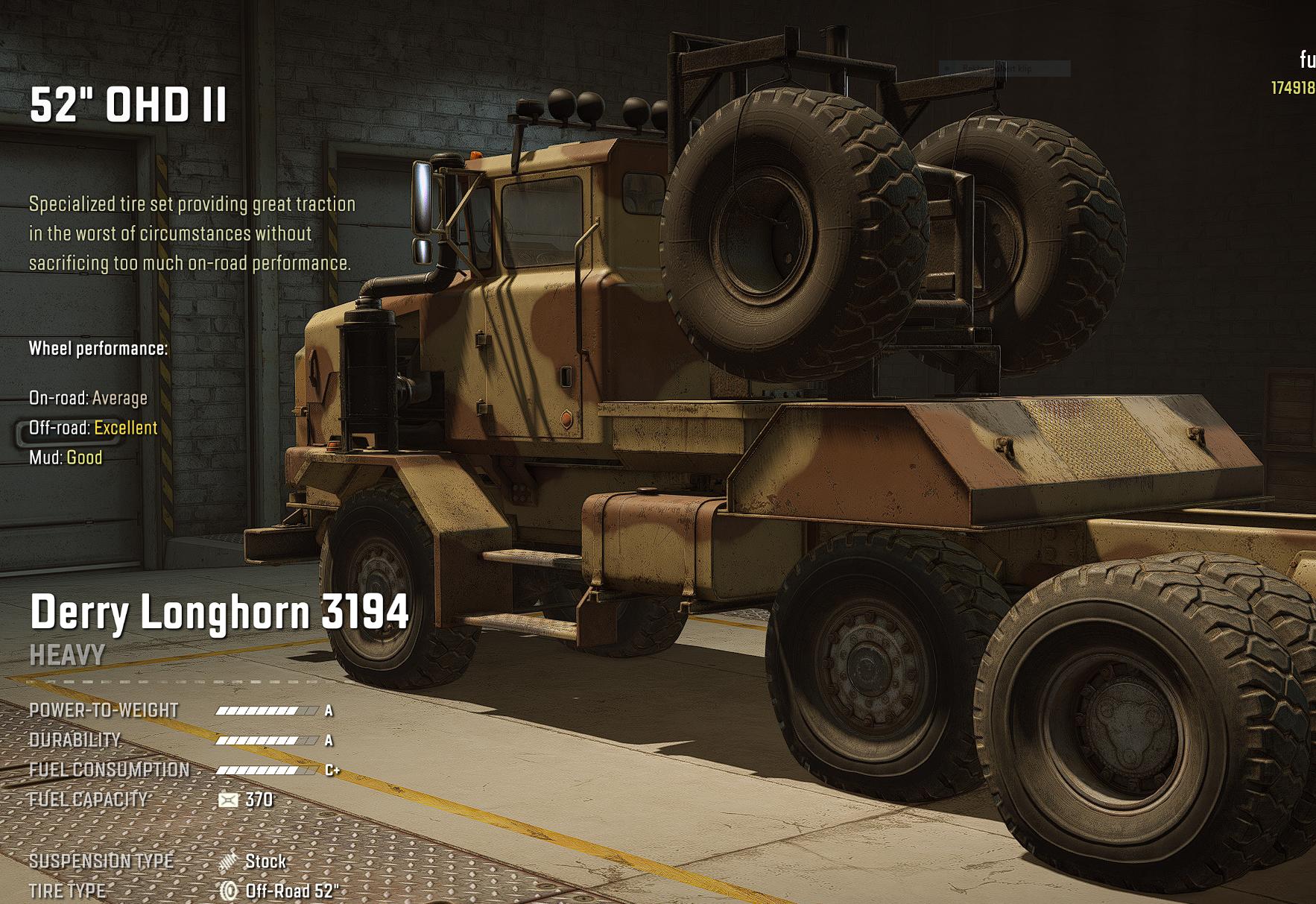 Definitely would be an awesome nice to have featues if the spares matched the tires on the vehicles. Also a small scout spare shouldn't be able to use for a heavy truck to repair.

last edited by
I
I
idiocracy Reply Quote

@smokefish17 Maybe they don't need to match the thread, but at least the size should. Those spares wouldn't even fit on the truck.

@smokefish17 said in Spare tires not the same size.:

Also a small scout spare shouldn't be able to use for a heavy truck to repair.

Well, for my ~100 hours in game I've used spare wheels only to repair trucks, which were required for missions (fix it, fuel it and tow it back to garage). And how many missions of this kind in this game? Something about 5ish?

In any other scenario it's very, very hard to break wheels if you not trying to do it on purpose.
And if devs will follow your suggestion, this feature will become even more useless than it is now, as it will limit it's usage by adding scout/truck tires differentiation.

They should rebalance it somehow. Don't know how exactly they should do it, but one of the possible solutions is to make wheels easier to break for example, but wouldn't it be rather annoying feature?