MudRunner - April Community Update
This topic has been deleted. Only users with topic management privileges can see it.
S
S
Sanyec Reply Quote

IDK man, it seems to be armoured vehicle (based on what google showed me) and that doesn't fit the game as I see it...
But we will see, I have no better suggestions

IDK man, it seems to be armoured vehicle (based on what google showed me) and that doesn't fit the game as I see it...
But we will see, I have no better suggestions

I agree with you.

Awesome! That truck looks sweet! If above speculations are correct that will be great too, imo. I might agree that it doesn't fit in too well, but I would say it makes at least as much sense as that one car that's already in.

New game mode sounds cool too. I think those kind of things will be really good for the game. Hopefully it can be expanded to older maps, too. I'm a little confused by the logs needing to be "collected by crane", though. Does that just mean how it currently works in hardcore?

@iyagovos Only one very important thing not mentioned in this update: Will it support ver_18_01_29b?
As in ONLY the DLC can be downloaded without updating to then new buggy version of the game.

Unlikely. There probably needs to be systems changes to support the new DLC.

@sodoma thanks. also from what i found on google this truck has snow cleaning mechanism on it in every pic so that might be hint to upcoming Siberia dlc in future.. i still cant lose hope that something liek that will be included in upcoming months/ 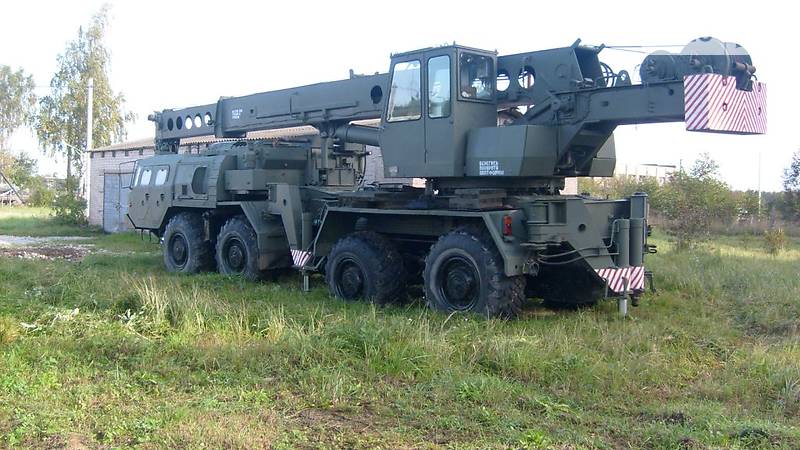 @Lombra, logs will randomly appear on the map, you will need to drive up to them and load them with a crane manually. This will add more complexity and realism. Currently, this mode is nowhere else, it will only appear with the release of DLC.

@simhunt77, it is not yet known when the new DLC will be released. Approximate time - the end of may. We will have more information closer to release.

@fabio-brasil, all information about the new transport will be closer to release.

@cF0s45
Can you cite any official sources on this information?

@zamal
That crane looks totaly awesome! Having that, any recovery job will be piece of cake!

@mexican_420 He's pulling it from the main announcement, but he's misstating when we'll give more information on the new vehicles - we will have this in vehicle presentations leading up to the DLC release.

@iyagovos, I always like new content but what about the problems with the editor and NP++? Has that been fixed yet? I haven't heard anything about it and the plugins still don't work for me. All I did was update the game and editor the last time and the plugins still don't work. I don't use it all that much but needed to yesterday and I'm unable to. It would be nice to get that working again since it got broke with the last update.

EDIT; also, I did a complete fresh install of both game and editor and it didn't work after that. If there's a work around, I'll try that too because copy/paste like Forces showed did not work for me.

last edited by Tattoo
I
I
IROisKING Reply Quote

Thank you for your continued communication. Wish I could donate.

Sounds fantastic, especially the new game mode. Would be fantastic if all maps were updated to allow this feature and game mode. Really looking forward to it. Do we know if this will add any bugfixes or pure DLC additional content?

@sodoma bit of a wild guess but, Zis-6

We're currently working on a fix for those issues right now, that we plan to release alongside The Ridge once it's out.