Mixed reviews...
This topic has been deleted. Only users with topic management privileges can see it.

Nobody is expecting exactly 10 or 20 times. The difference there is variance, but the variance in a 50-50 situation is the same for d6 or d10. 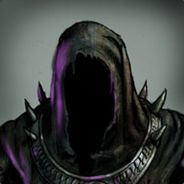 I was playing BB today using my vampire team.
I have this player on my team. A thrall named Lykens Twin-blades.

Everytime I make that thrall do anything. Be it picking up the ball, recieving a pass or hand off, or even going for it to push to a place I need him to be he always manages to screw it up.
Meanwhile my other Thrall Pretty-boy Shimmel is turning out to be the complete opposite.

Up until this last game the two had the exact same stats and skills. Mathematically, they were both the same and should have both had the same potential. Why are they different? Why are they able to defy the numbers and get my attention for completely opposite reasons?

Just like when D10s seem to yield better results that D6s. I don't know why it happens that way. Maybe I'm just luckier with D10s, but they always seem to just work better than D6s..