Ministry Checkpoint Suggestions
This topic has been deleted. Only users with topic management privileges can see it.

The first and major thing I'd suggest for this mode in particular is for the pathing to be limited like it was in the Source Insurgency. For example:

The second floor was blocked off from the first objective to players and AI. This had it to where new enemies needed to come from the back of the room instead of popping around this stairwell at any time. 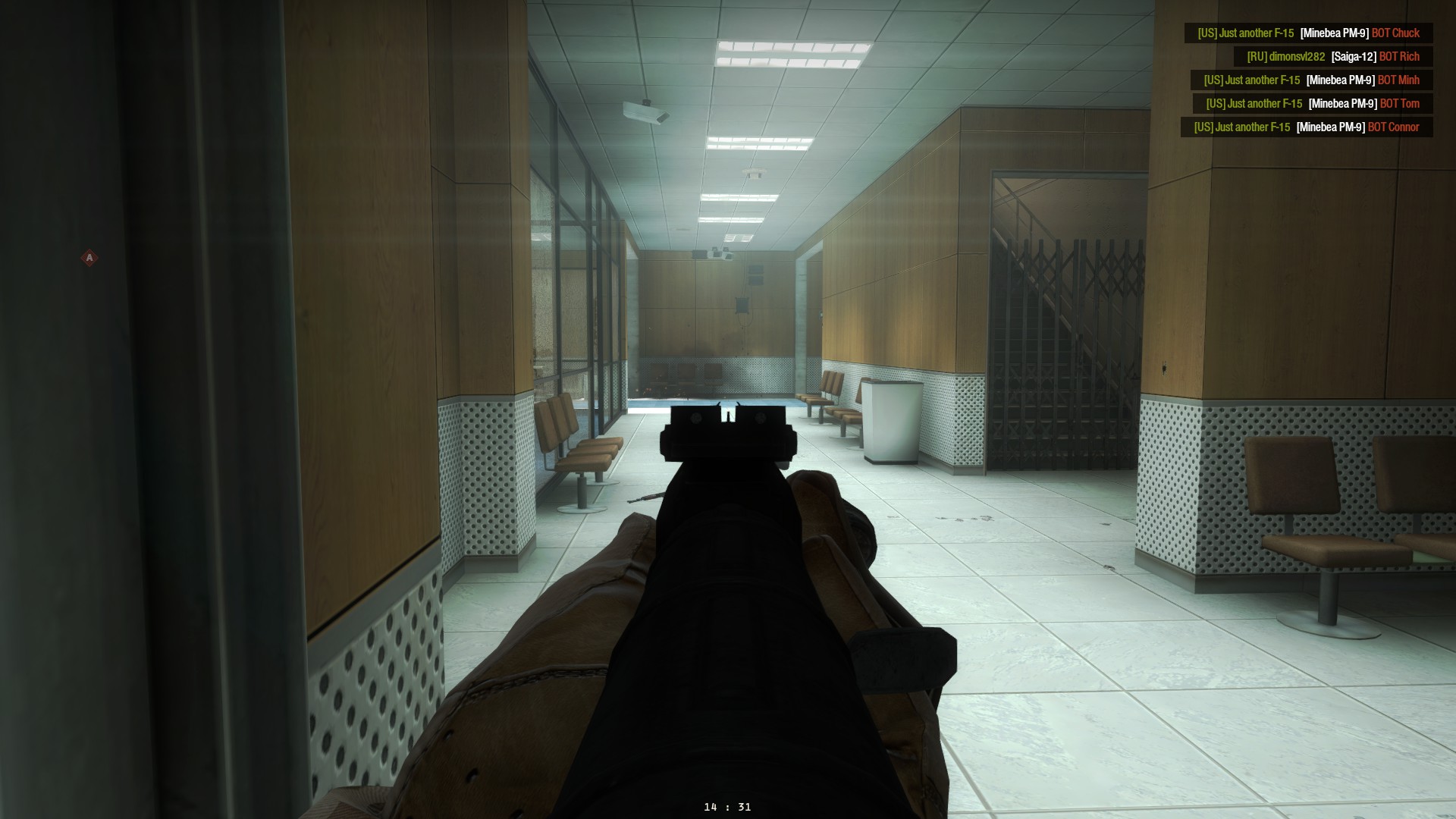 Access from the lobby was blocked which made players and bots use only the hallway. 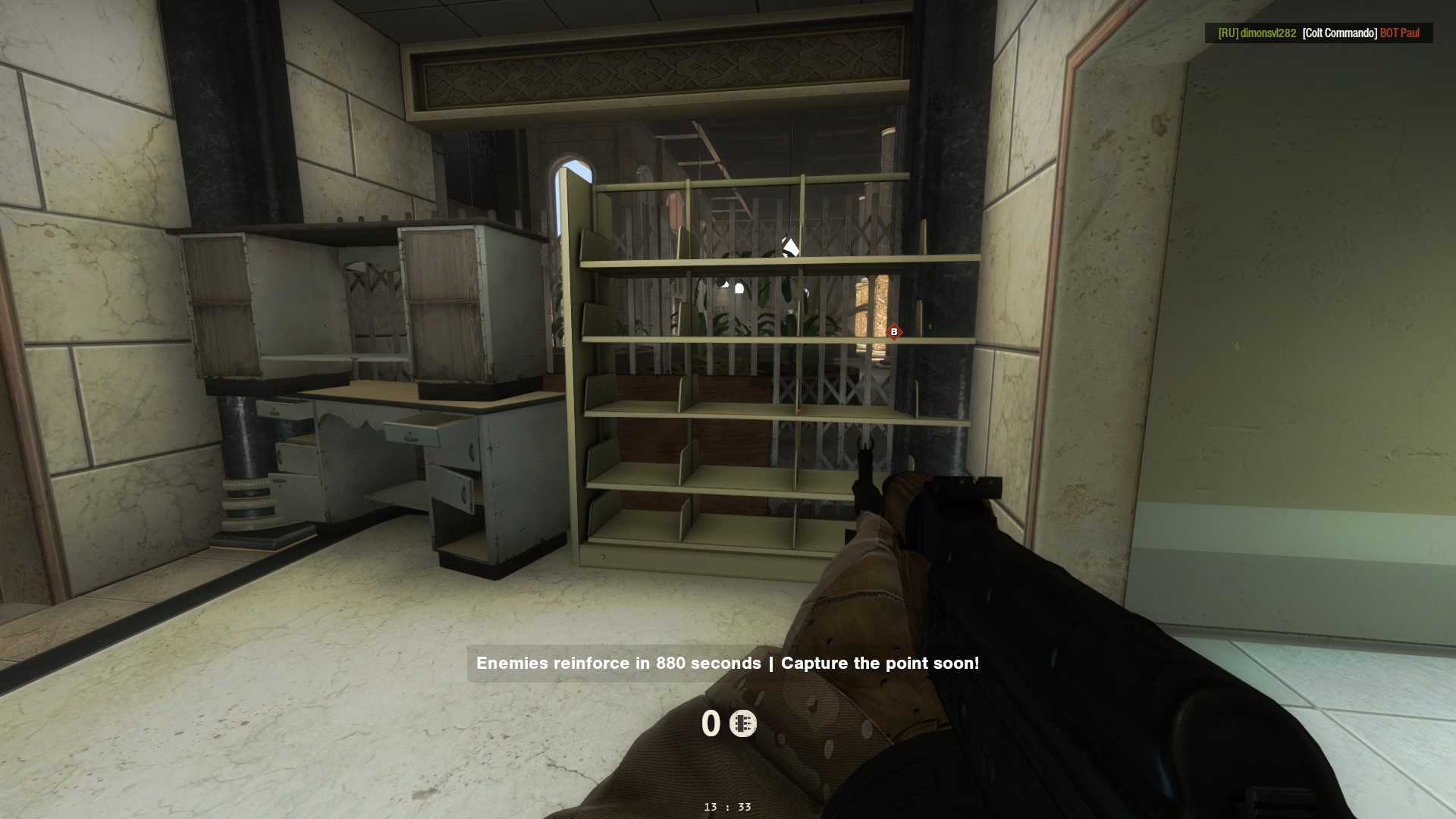 The 1F hallway had the lobby and stairwells blocked. Further preventing an incredible amount of flanking spots. 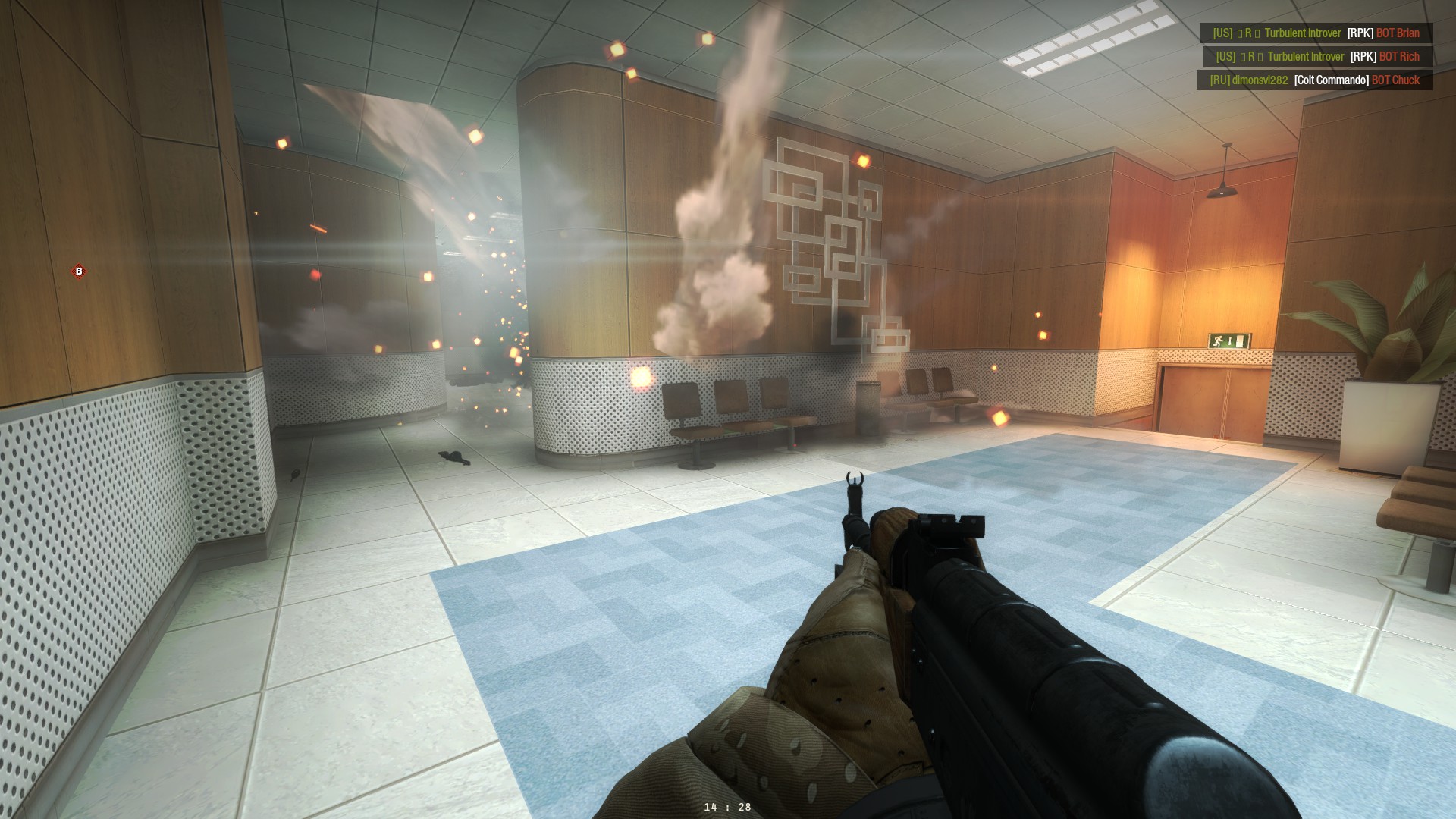 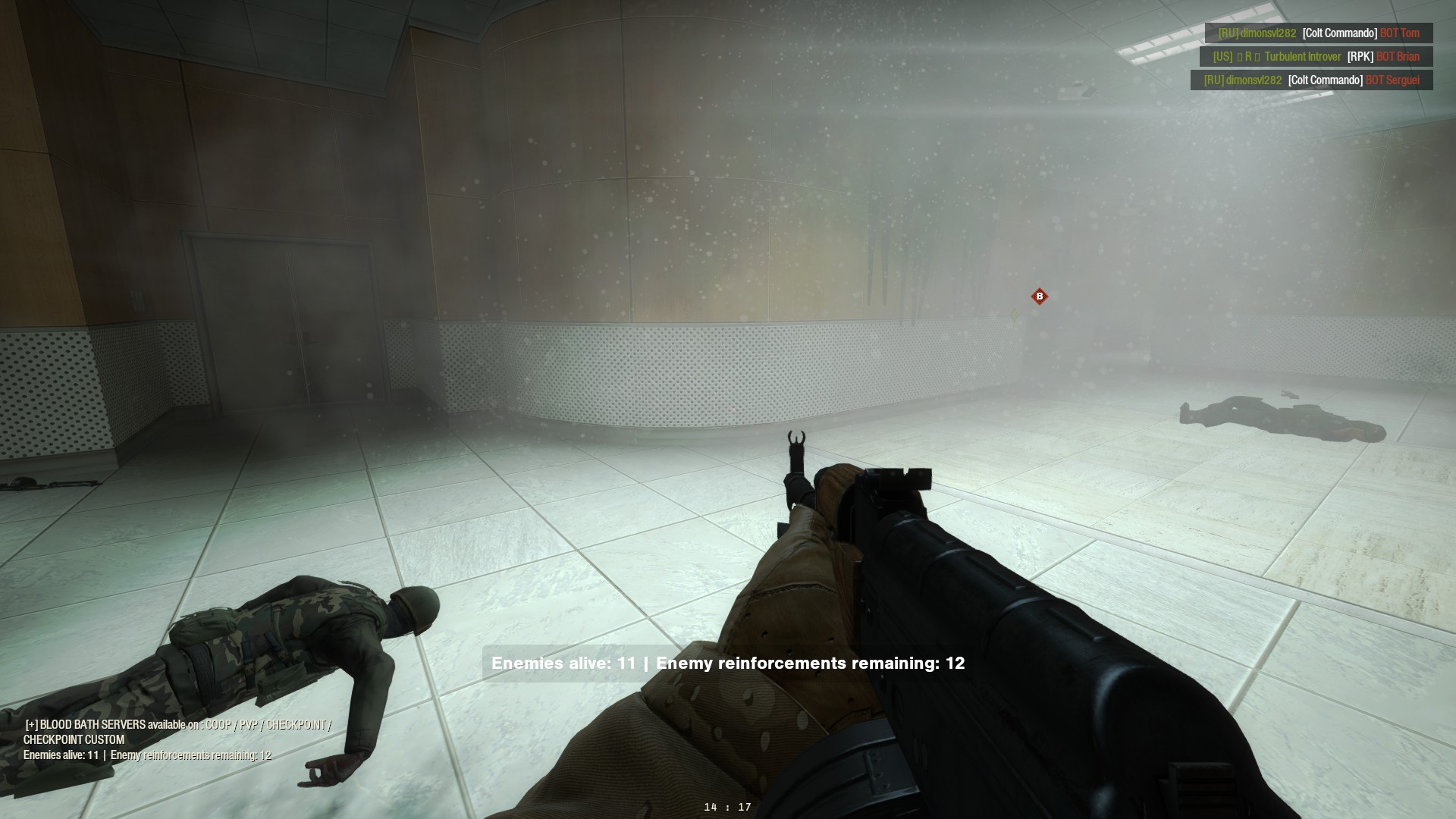 At what would be the second objective for the Security team, the parking lot and second story are blocked off. 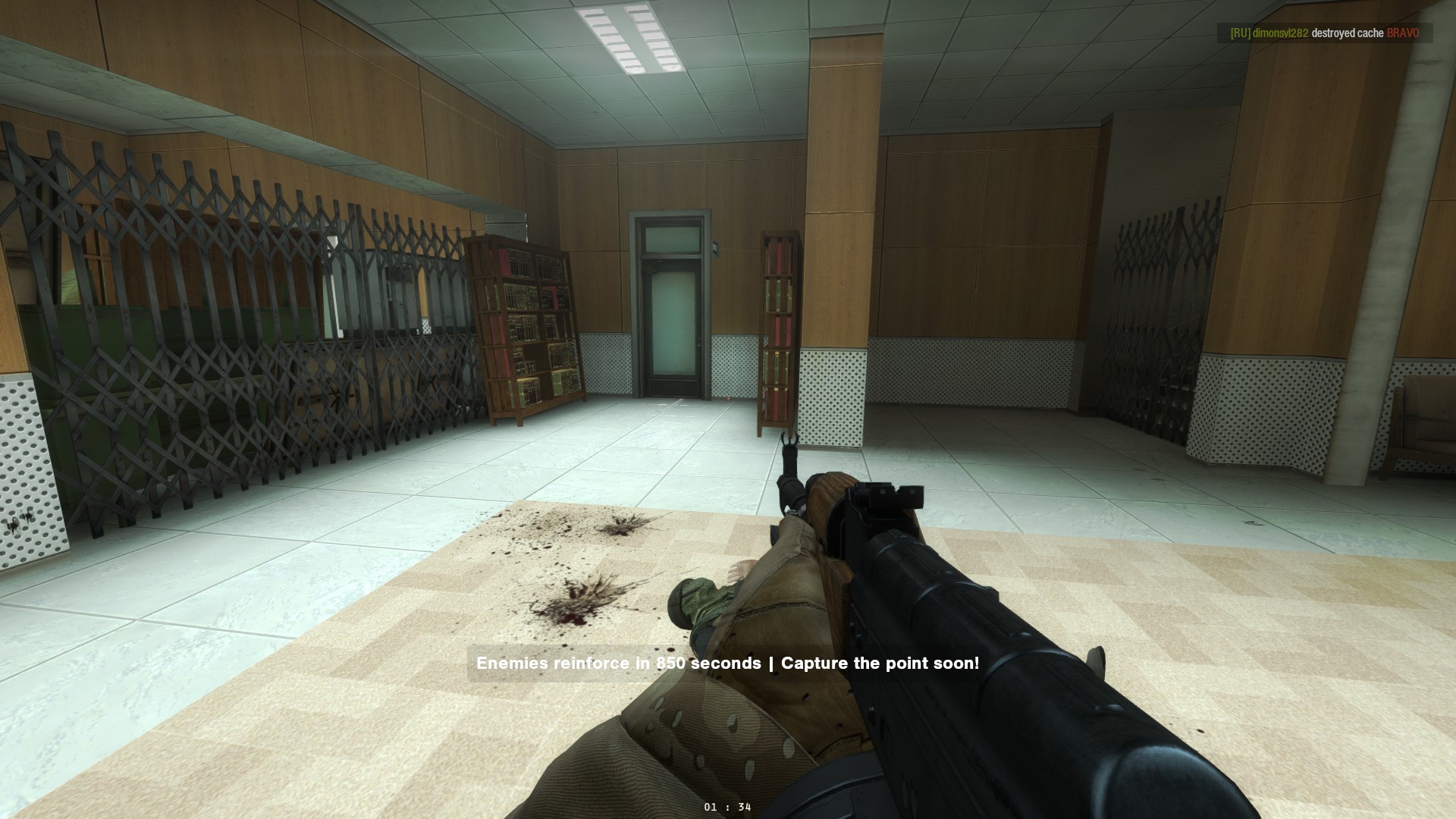 Players would then head down the stairwell at that objective and then loop all the way to the second story through the main stairwells by the elevators. This then allowed access into the lobby and then outside to loop around to the opposing team's parking lot. This is a very linear but enjoyable experience for the map. Something better than having everything open where players are linearly controlled but with bots flanking at all angles possible.

With how the bots are now, defending the lobby from counterattacks is incredibly more difficult than it should be. Aside from the bot AI in general, they are now also popping up from the 2F hallway stairwells. Even after successfully defending that point and moving on, it's not uncommon for the lobby to be filled up by bots who use the side routes that are wide open but inaccessible to players. It's too common for people to immediately rush outside and start pointing their guns on what should be a secure location instead of pushing into a hostile area after clearing one prior.

TL;DR
Flanking routes for the bots needs to be controlled like it was back then. To the very least just take out the restricted zone nonsense which ends up locking players' guns in hostile areas more than it should.

With that out of the way, I'll point at one point which is particularly troublesome for the Insurgent Checkpoint variant, and that would be the Security team's parking lot objective. Holding that objective for at least two and a half minutes is painful. Especially when a helicopter is called since there's little to no cover in the first place like how it was originally in the previous game. 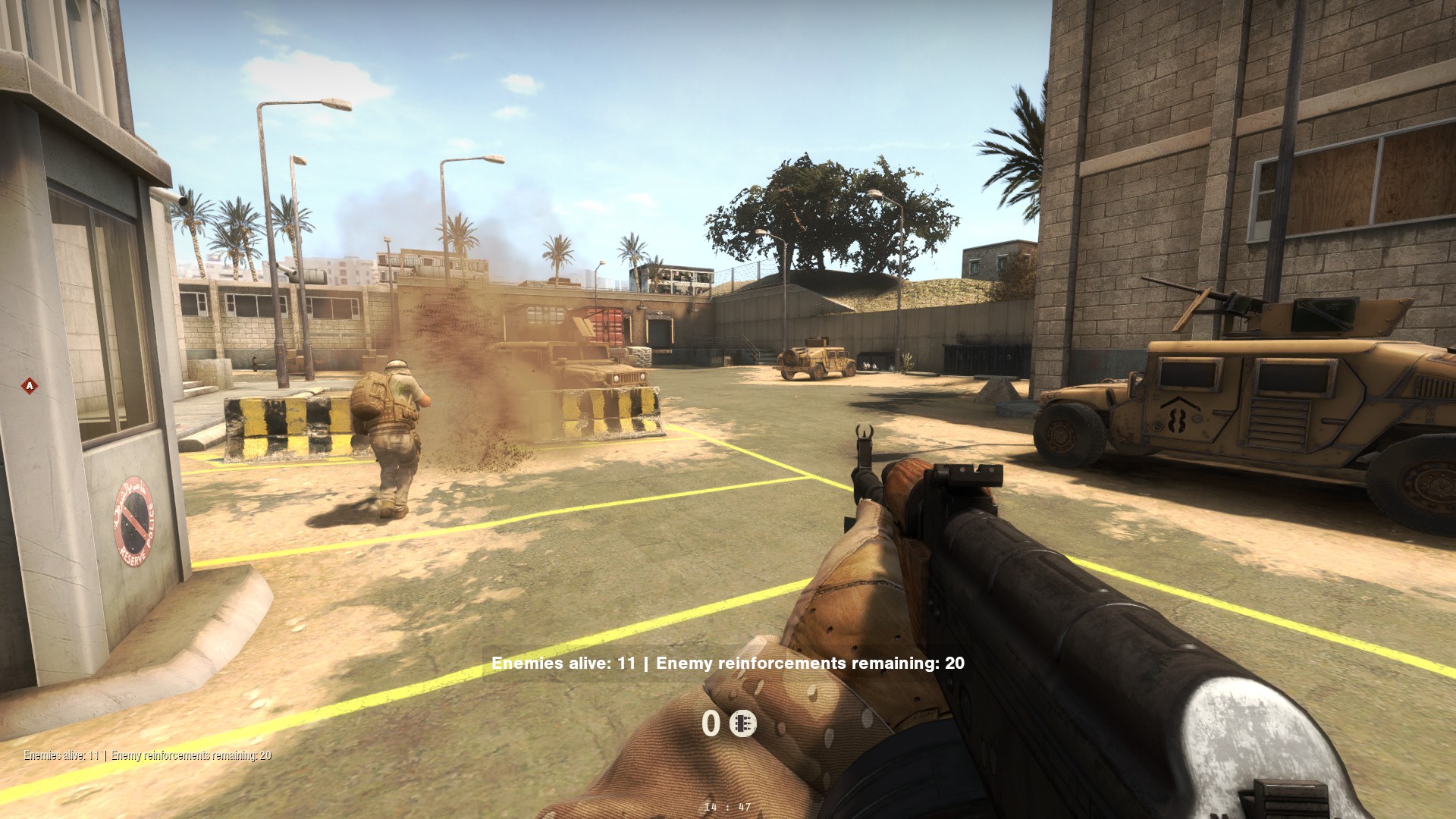 The trucks in Sandstorm more so bottleneck the players and trap them for grenades more so than provide cover and safe spots to be to defend the area. Security has four major avenues to advance on the objective with the Insurgent team having way too little cover in order to defend properly. This should be something to receive a makeover above all else.

Thanks for the suggestions! I'll pass them on to the team!